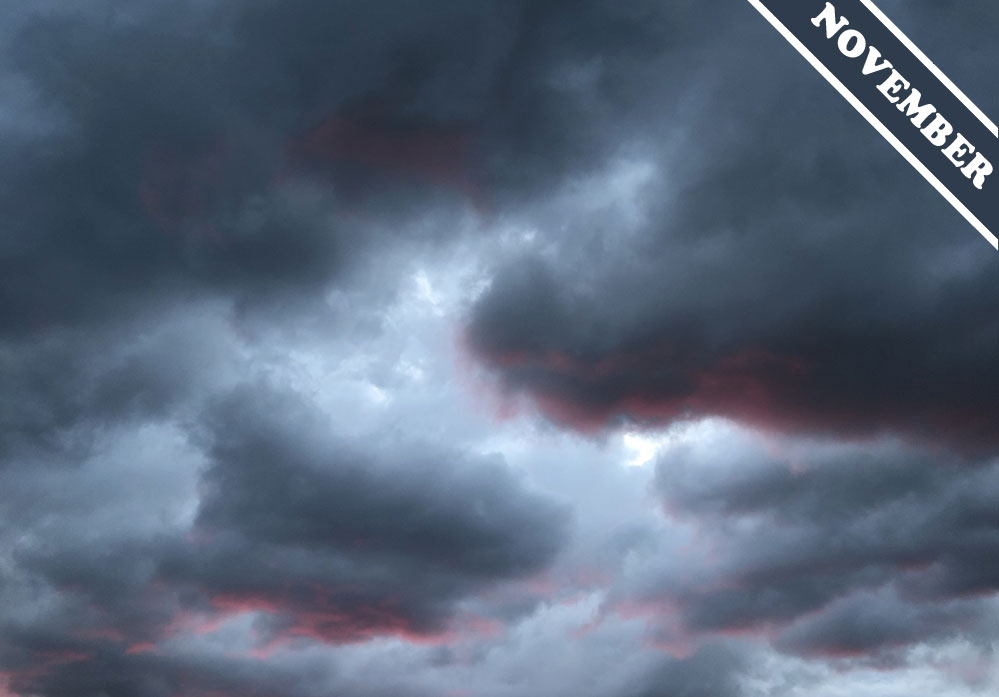 Stratocumulus: a common cloud we couldn’t do without

On average, across any year, a fifth of the Earth’s surface is covered with Stratocumulus clouds. A low cloud made of droplets, Stratocumulus is the most common of all the cloud types and has a clumpy appearance, sometimes joined together into a continuous layer and other times with gaps between its clumps. The thickness of this cloud varies greatly from one part to the next, and so Stratocumulus appears from below to exhibit a whole range of different shades of grey and white. This gives it a dappled, moody appearance, which some love and others, not so much. We think Stratocumulus is an underrated cloud. We like its chaotic shades, but mostly we appreciate the crucial role it plays in cooling the planet.

Stratocumulus clouds, like all low clouds that look dense, cool the surface below them by reflecting away more of the Sun’s heat than they trap in of the Earth’s warmth. This cooling effect is more pronounced from Stratocumulus than the other cloud types because of its abundance – due largely to the way it forms over huge swathes of the world’s oceans (when it’s known as ‘marine Stratocumulus’). Climate scientists estimate that Stratocumulus clouds reflect away between 4 and 7 percent of the Sun’s energy that would otherwise reach the surface. Their’s is a significant contribution to the overall cooling effect clouds have on our planet.

Although low clouds like Stratocumulus are cooling, high ones like Cirrus or Cirrostratus actually have a warming effect. Being translucent in appearance, they reflect away less of the Sun’s heat than they trap in of the Earth’s. Overall, the cooling effect of low clouds currently dominates, and so the mix of clouds worldwide has a cooling effect on surface temperatures (as compared to an atmosphere without clouds). There’s no certainty, however, about how the mix of cloud types might change as average global temperatures increase. One 2019 study published in the journal Nature Geoscience showed that if you enter exaggerated levels of greenhouse gases into computer climate models they point to a world with far fewer Stratocumulus clouds. While this was an exaggerated scenario, the study showed how the mix of cloud types is a dynamic one, and it could change unpredictably given certain conditions. Without the considerable cooling contribution from Stratocumulus clouds, the overall effect of our clouds as a whole could change in the future from cooling to warming.

As a low cloud, Stratocumulus has a more chaotic appearance than its higher cousins Altocumulus and Cirrocumulus, both of which tend to appear in orderly patterns. Stratocumulus forms, after all, in the turbulent winds near the surface that are stirred by flowing over terrain and encountering thermals lifting off the ground or ocean. An unruly jumble of greys, Stratocumulus is the scrappy, scruffy mongrel of the cloud world – and we are lucky to have it around.