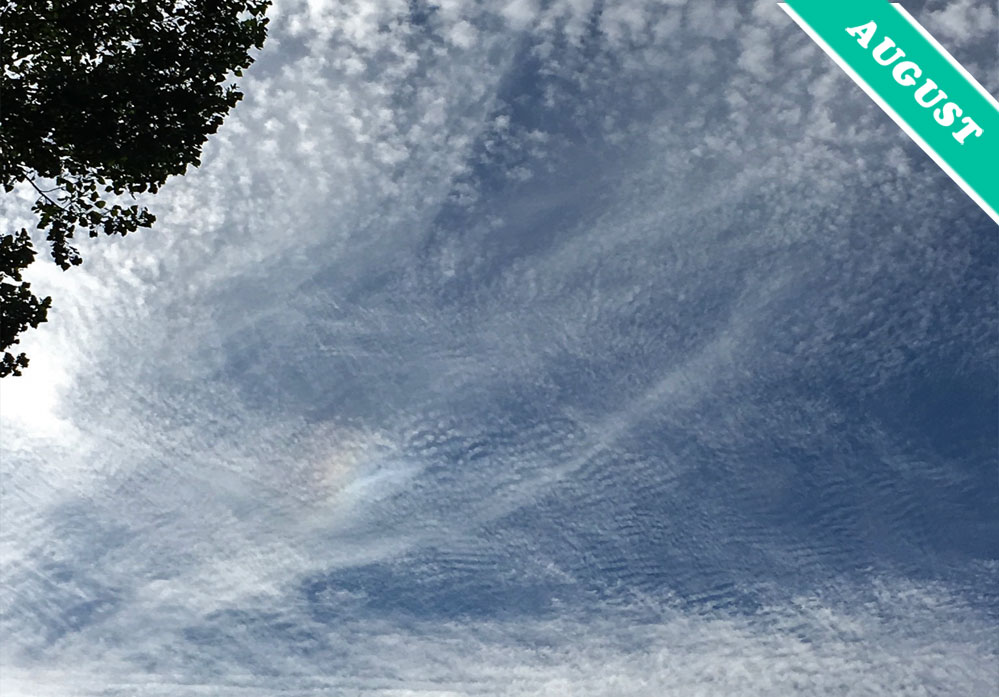 Of the ten main cloud types, known collectively as the cloud ‘genera’, one stands out as the rarest. This is Cirrocumulus. It is a high cloud in the form of layers of tiny clumps, known as ‘cloudlets’. The reason Cirrocumulus is the least common genus is because it is a cloud in transition. Though a high cloud, it is generally composed not of ice crystals but of supercooled water droplets. And these have a tendency to freeze in the extreme cold of the upper troposphere.

That is when Cirrocumulus changes into one of the two high, ice-crystal clouds, the translucent layer of Cirrostratus or the delicate wavy streaks of Cirrus. Due to its eagerness to change type like this, Cirrocumulus doesn’t generally appear alone. Typically, it shares the lofty reaches of the troposphere with both of its high-altitude cousins Cirrostratus and Cirrus. You can see streaks of Cirrus accompanying it in this sky spotted by Hans Stocker (Member 36,089) over Bloemendaal in the Netherlands. The falling, prism-like ice crystals of the Cirrus are refracting the sunlight to form the optical effect known as a sun dog to the lower left of the image.

Though the cloudlets of Cirrocumulus appear tiny, they are actually about the same size as the fair-weather Cumulus we’re so familiar with seeing down nearer the ground. Cirrocumulus are just much higher in the sky, at altitudes perhaps of 8 or 9 kilometres (5 or 6 miles). All the way up there, its cloudlets appear no larger than tiny celestial confetti, cast across the blue. Catch them while you can.