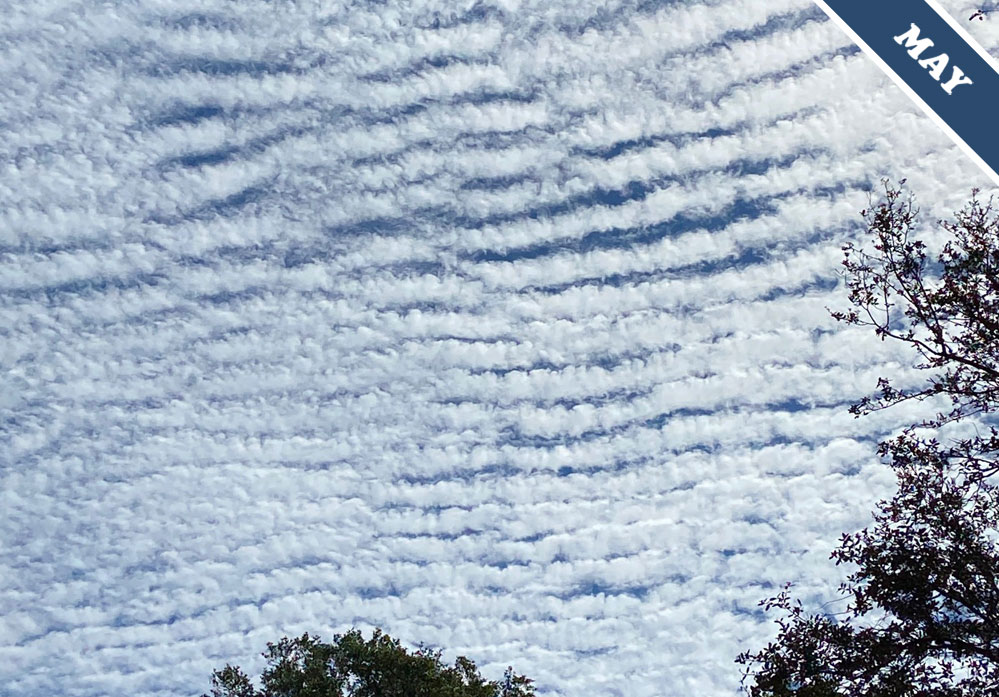 How Clouds are Drawn by the Wind

Why do clouds sometimes appear hatched with row upon row of parallel lines, like this one spotted over Niceville, Florida, US by Vicki Kendrick (Member 39,727)? The formation is known as undulatus. It is a beautiful example of cloud regularity associated with a particular style of airflow, known as ‘shearing winds’.

Shearing winds are when the windspeed varies abruptly with altitude. The flow of the air typically becomes much more rapid as you rise. Clouds often reveal the invisible movements of the air, and the undulatus formation is no exception. Shearing winds above and below can cause the air flowing between to rise and dip in regular, parallel billows. These develop perpendicular to the airflow, like ruffled ridges in a rug as it is pushed along the floor. Where the air rises, it cools and where it sinks, it warms. These shifts in temperature can result in alternating rows of thickening and dissipating cloud when the moisture and temperature conditions are just right.

Such shearing effects are not uncommon. On average, winds grow faster as you rise through the troposphere. So the undulatus variety can be found in most of the ten main cloud types. More orderly and neatly delineated examples, like the Altocumulus undulatus spotted by Vicki Kendrick, develop in mid-level or higher clouds. They are elevated above the more chaotic, turbulent airflows that interact with the terrain below. Up there, the hand of the wind is more steady. It draws its lines of white ink with greater care, as it etches undulatus clouds across the blue.