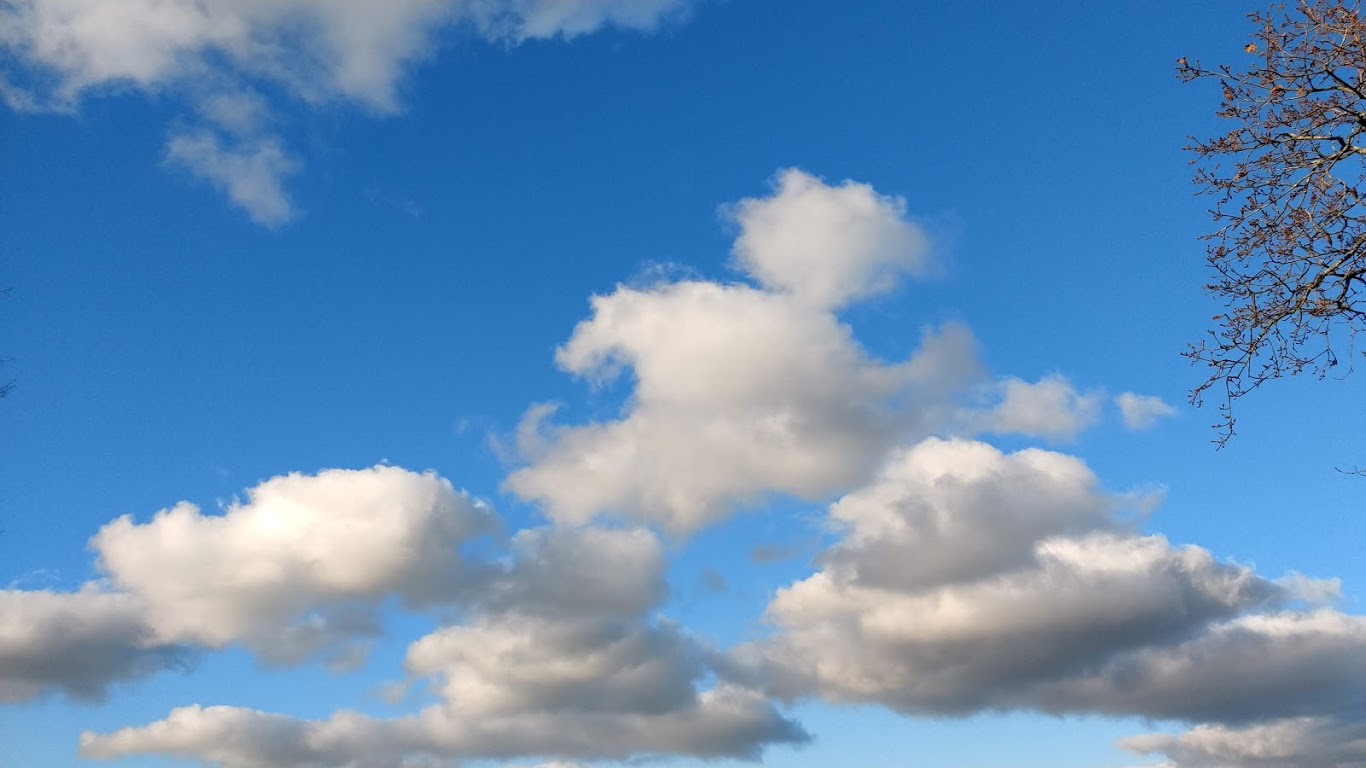 Chris Tetley, member 10,338, recently sent us this poem inspired by clouds. He wrote “Though known that certain species of birds imitate human-generated sounds; I’m wondering whether clouds also playfully and beneficently mimic aspects of our daily life. In this case with seemingly uncanny cognisance that their audience is both a keen runner and a member of the CAS”

I heard what I thought the strangest sound,
Somewhere above my head.
Not here alongside on the ground,
Rather, heavenward instead.

When first I looked, my eyes were drawn,
Into a blue sphere sparse with cloud.
Recent to its nursery born,
Plump cumulus, small and proud.

And then I saw a realised shape,
Astride along their tops.
Full-stretch across an azure gape,
As from one to other hops.

The sound I’d heard; exquisite, soft,
And now confirmed as such.
Was a runner taking bounds aloft,
Each with the gentlest of a touch.

As if a bold escapee seeing,
From certain destiny released.
Free from a life less lived, and fleeing,
In vain attempting such at least.

Making off to who knows where,
With no considered destination.
But foredoomed to never make it there,
Fate of a vaporous occupation.

For soon this fugitive form was gone,
With but a moment in the sun.
And dissolved, bright knolls brief stepped upon,
Short race to nowhere run.

Playing with earthly forms and themes,
Keen witnessed down below.
Air’s sculpting breezy thermal streams,
Shapeshift the world we know.

Quiet artist of our palette skies,
Unacknowledged skill sublime.
Ever thinking up the next surprise,
With our imaginings to chime.