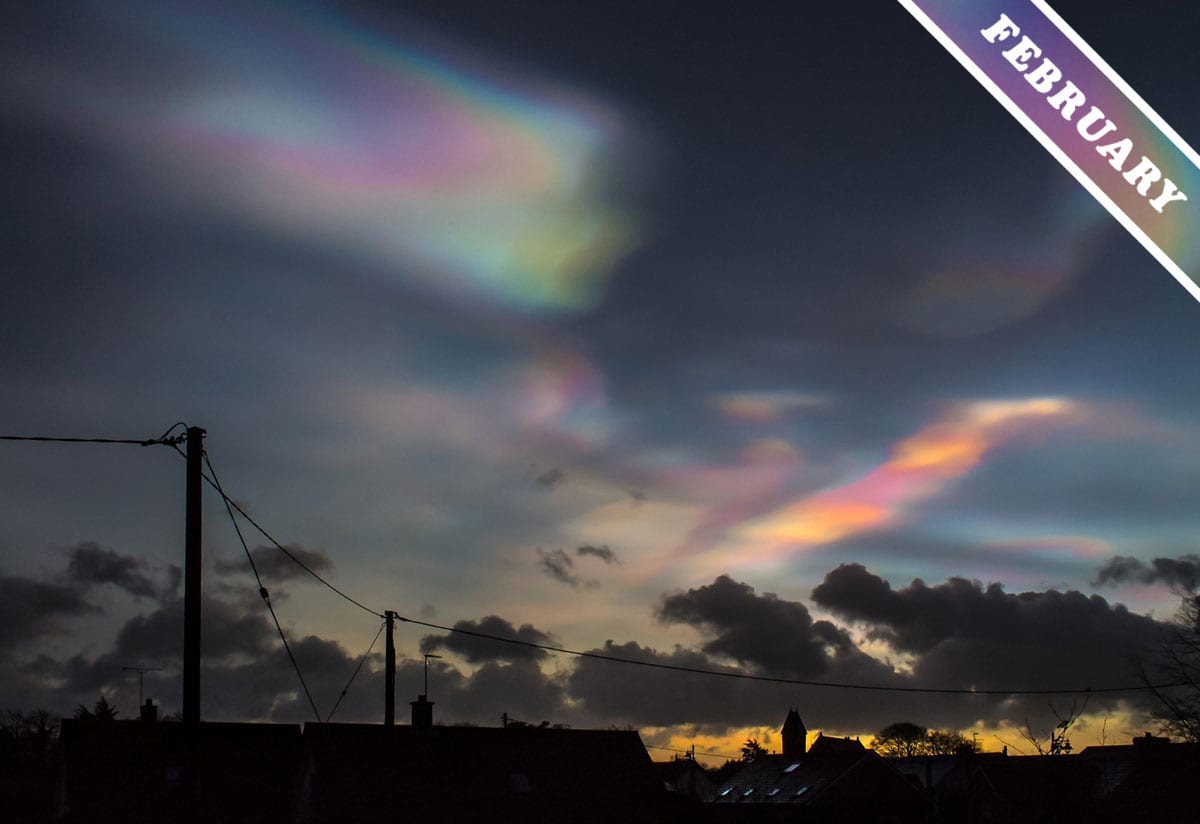 The Mother of All Coloured Clouds

During the first days of February, strange and beautifully coloured cloud formations were noticed by many cloudspotters across Britain and Ireland. They were nacreous clouds, which form much higher than normal clouds – up in the stratosphere, above the region where our weather happens. These high clouds are known for their distinctive iridescent colours which appear when the sun is low in the sky, and which lead people to sometimes call them ‘mother-of-pearl clouds’.

The more official name is polar stratospheric clouds, because they normally only appear near to the poles. It is very rare for them to be spotted as far south as central England. Many observers didn’t know what to make of the glorious bands of colours. Some wondered if they were a display of the Northern Lights, and you can see why from this photograph by Paul Bell taken over County Antrim, Northern Ireland. The colours of nacreous clouds, however, have nothing to do with the charged particles that produce the Northern Lights. They result instead from the way sunlight is bent very slightly as it passes around the cloud’s tiny ice crystals – an effect known as ‘diffraction’. The different wavelengths of sunlight are bent by different amounts, so they are separated and appear to us as bands of distinct colours.

This iridescence can also appear as sunlight shines through thin layers of much more common cloud formations, but it is more dramatic and more extensive in nacreous clouds. The stratospheric ice crystals that make up these mother-of-pearl clouds are very small and all at a very consistent size, which makes the colours appear particularly strong.