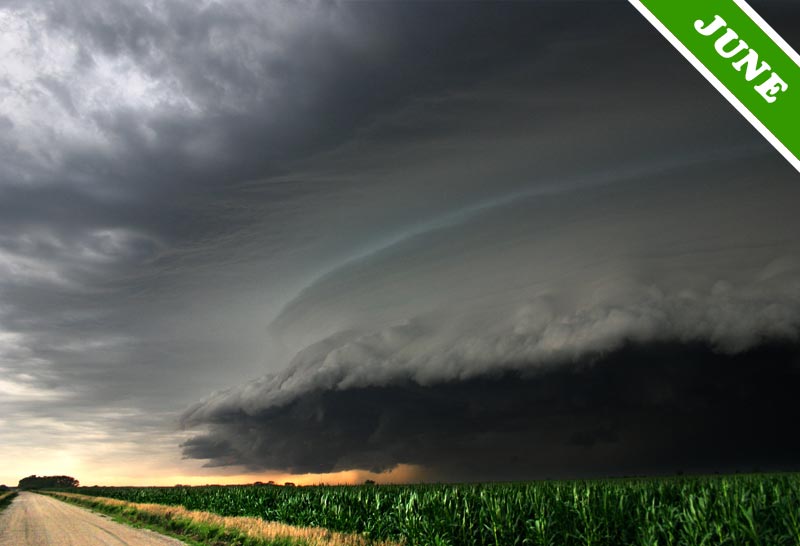 Cloudspotters who find themselves in the path of a ferocious ‘multicell’ or ‘supercell’ storm system, may have the unsettling experience of looking up into a ‘whale’s mouth’. This is the name storm chasers give to the huge, dark void that can appear in the region below and ahead of the storm.

The whale’s mouth forms as a result of very strong ‘downdraughts’ of cool air, which are associated with such severe storm systems. On reaching the ground, this cool air spreads out like a tide beneath the advancing storm. As it does so, it lifts the warmer, lighter air at ground-level, which then cools enough for its moisture to condense into cloud. This cloud is the roof of the whale’s gaping mouth, while the blubbery-looking rim along the front of the spreading air is the whale’s top lip*.

The storms that give rise to whales’ mouths are particularly fierce. Cloudspotters should avoid staring for too long into the jaws of these mighty beasts, or they may just end up as dinner.

*N.B. This is officially known as a ‘shelf cloud’, not a ‘top-lip-of-a-whale cloud’

Arcus cloud associated with a supercell storm spotted over Nebras