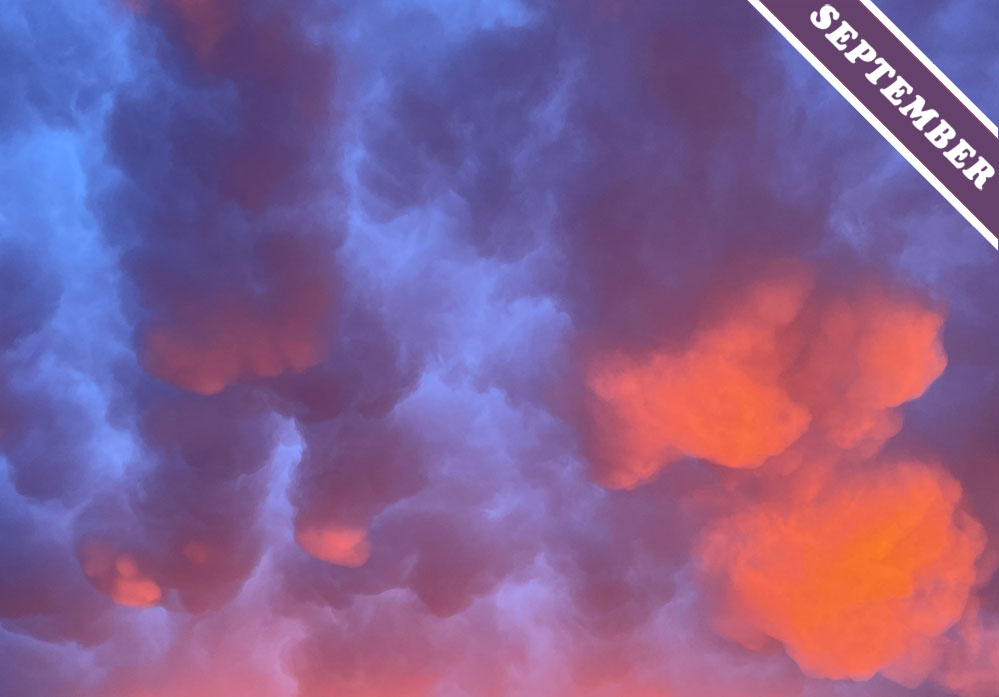 A Decoration of Mamma

Mamma cloud features appear as lobes hanging from the underside of a cloud layer. The most pronounced examples form beneath the canopies that spread out at the top of mighty Cumulonimbus storms. It is always at the beginning or end of the day when mamma look most dramatic.

These mamma were spotted at sunrise by Donna Matthews over Melbourne, Victoria, Australia. The glancing angle of the peachy morning light means it catches just the bases of the cloud lobes which stand out against the purple shadows of their upper parts. Here, the mamma features are hanging from a layer that is quite thin and translucent. The bluish light of the morning sky above is able to shine through this upper layer, further delineating the rounded outlines of the features.

Mamma can form when a change happens to the water particles in the layer of cloud above. If the ice crystals in the spreading canopy of a Cumulonimbus start to melt or if water droplets within a cloud layer start to evaporate away, the change in state of each tiny cloud particle cools the air ever so slightly. A tiny amount of the air’s warmth is used up as the water changes from solid to liquid or from liquid to gas. The effect from millions and millions of particles in the cloud changing state like this all adds up. The air in the cloud cools considerably, and this is what forms the mamma features. As it cools, the air in the cloud becomes denser and so sinks in pockets, drawing down pouches of cloudy air into the drier, clear air beneath.

While mamma is the official classification for these features, they have in the past been known as mammatus, and some still use this name. Before that, they were occasionally called ‘festoon clouds’, presumably because they make the sky appear festooned with hanging decorations. After weeks of hard lockdown, the inhabitants of Melbourne, Australia may feel there’s little to celebrate right now. This is all the more reason to take a quiet moment in appreciation of a sky hung with mamma, lit peach and purple in the glancing rays of a new morning.