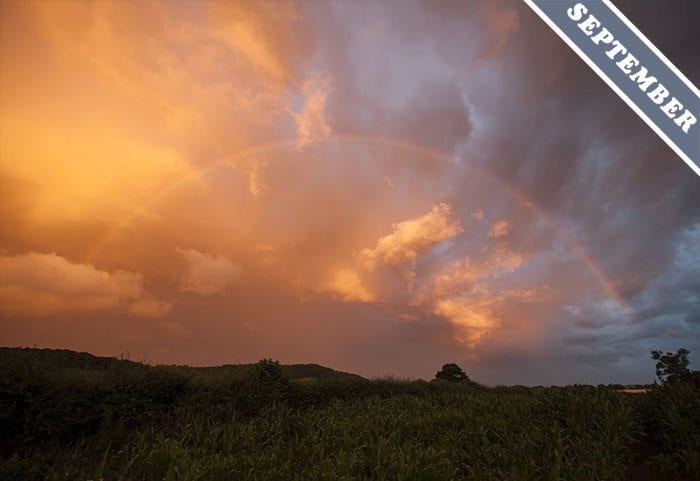 Cloud of the Month for September is Craig Cooper’s rainbow over Stanton Lacy, Shropshire, UK. Rainbows appear when direct sunlight is cast from behind the viewer onto a sheet of rain up ahead. The lower the sun is in the sky, the higher the arc of colours visible above the ground, and the warmer the colours of the sunlight since more of the blue end of the spectrum is scattered away as it passes through the atmosphere at a shallow angle. More often than not, the backdrop of a rainbow is just a dark wall of rain clouds. In this case, however, the warm light of the setting sun has illuminated the storm clouds behind. The gold is not hidden at the rainbow’s end, but cast across the sky for all to admire.