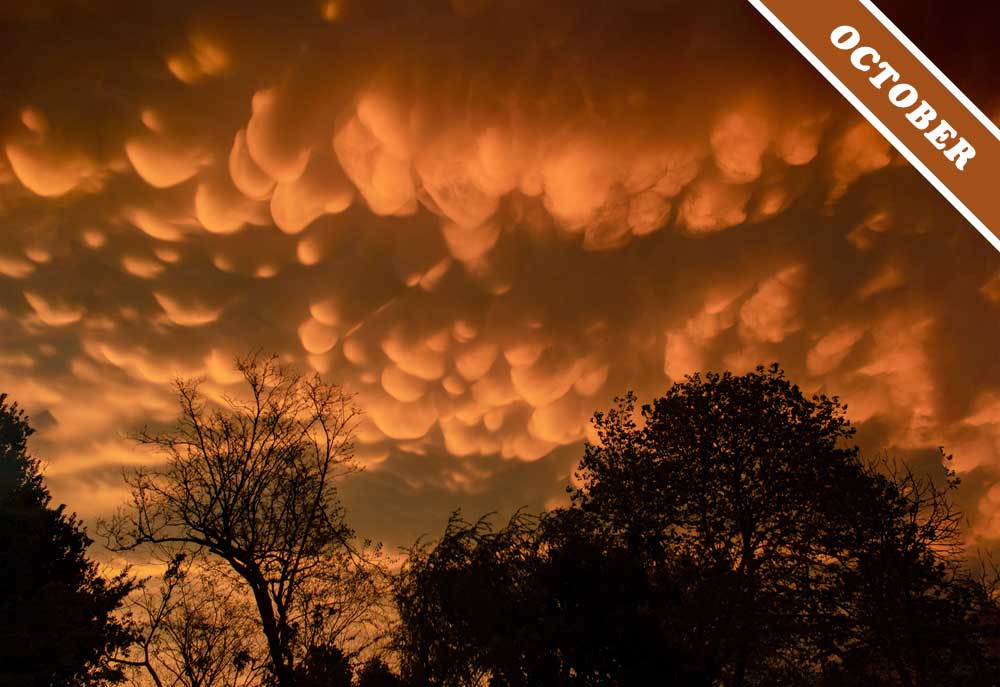 Early evening is a great time for spotting mamma clouds. Named after the Latin for an ‘udder’, mamma are well-defined pouches hanging from the underside of a cloud layer. They can appear on several of the ten main cloud types but the best ones are always found suspended from large Cumulonimbus storm clouds. Mamma appear to the rear of storms, on the underside of the huge cloud canopies that spread out in their upper reaches. The day’s end is often when storms that have built up through the afternoon eventually reach their peak. On roll the storms, causing havoc and destruction elsewhere. In their wake, come the calming Mamma clouds. Lit by the warm glow of the setting Sun, they whisper at the bedside for us not to worry. Everything will be OK in the morning. Tomorrow is another day.