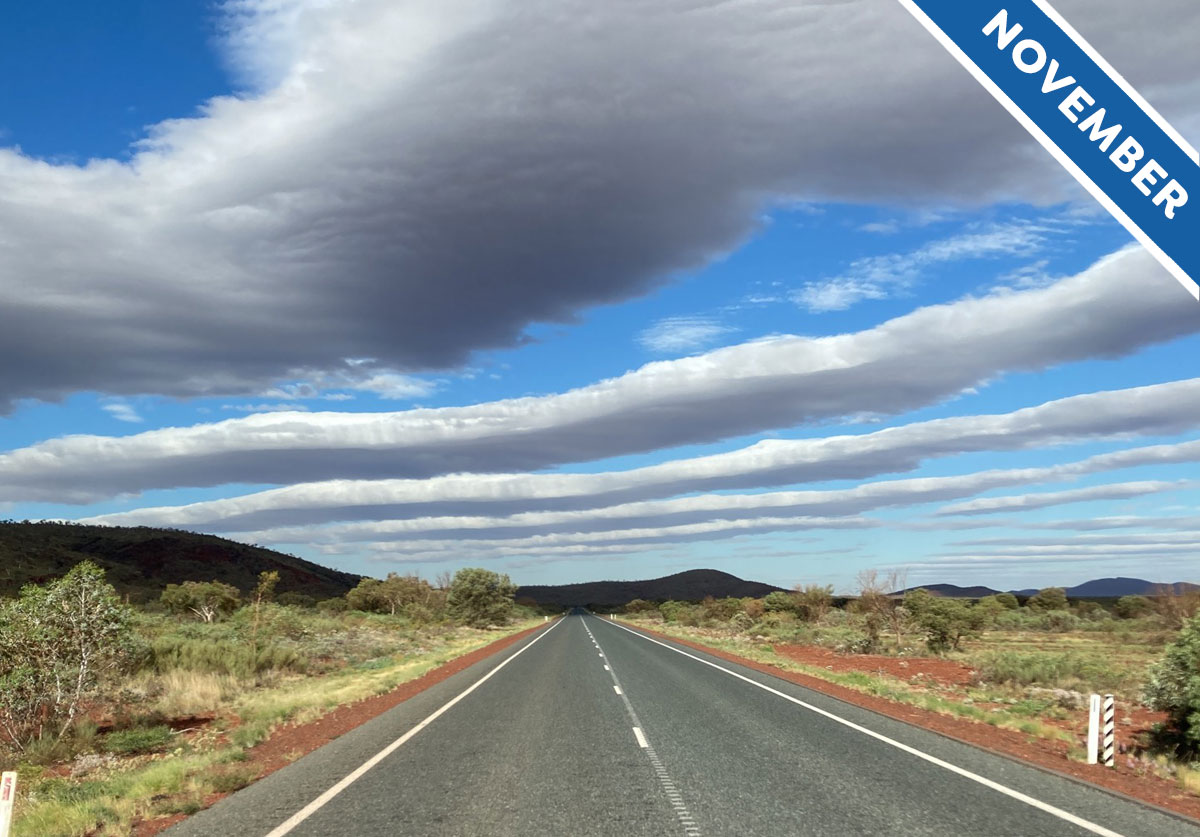 When low clouds are arranged into a series of continuous parallel ridges with gaps in between they are known as Stratocumulus undulatus clouds. These are the celestial equivalent of the ridges painted across roads to slow traffic by causing a rumble as you drive over them.

And just as rumble strips on the road extend from side to side of the carriageway, these ridges of undulatus clouds are aligned perpendicular to the flow of the wind. They form in shearing winds, which is when the windspeed changes dramatically with altitude. Usually, the airflow is markedly faster above the level of the clouds than it is below. The shearing comes from this difference in wind speeds, and it causes the air in the middle to rise and dip as it flows along, rather like a rug ruffling up as it is pushed along the floor. The rising and dipping is what causes the parallel ridges of cloud to appear.

When air rises it expands, and any gas that expands cools as it does so. The cooling of this lifting air is central to cloud formation generally because the cooling can be enough to encourage some of the air’s moisture – the invisible gas form of water called water vapour – to condense into droplets (or ice crystals) that we see as cloud. The lines of rising air in the middle of the shearing winds can lead to clouds perpendicular to the airflow and the sinking regions between, where the air compresses and warms slightly, leads to gaps in the cloud.

Rumble strips and clouds have been associated before when the 2007 track ‘Clouds’ was released by English indie band The Rumble Strips. We love the track but have always been disappointed the song includes no mention whatsoever of Stratocumulus undulatus formations.