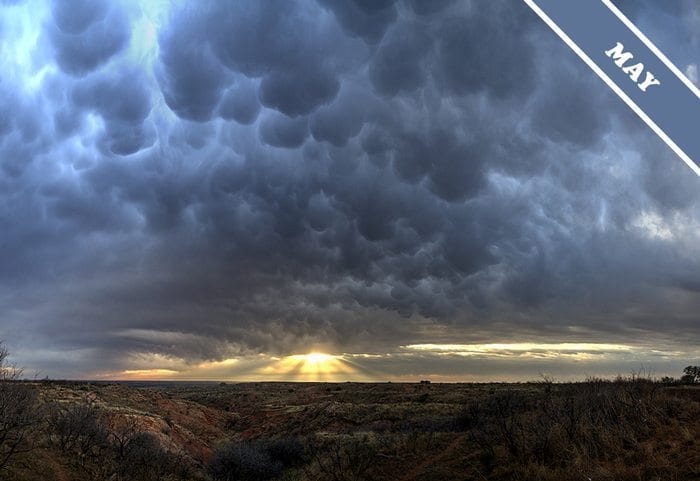 Sunrise is often a tranquil and peaceful scene, perhaps with some wisps of Cirrus cloud or a patch of fair-weather Altocumulus – even, heaven forbid, clear blue skies. But not in the case of our Cloud of the Month choice for May. This dark, ominous storm cloud spotted by James Bowers appears to have woken up in a mean and angry mood. It is showing the distinctive cloud feature known as mamma (sometimes called mammatus), named after the Latin for ‘udders’. Dramatic lobes hanging from the cloud base like this are usually an indication that there’s a fierce storm brewing somewhere in the area. With the shafts of light, known as crepuscular rays, bursting out from behind it, this cloud looks determined to give a rousing wake up call to the occupants of Slaton, Texas, US.