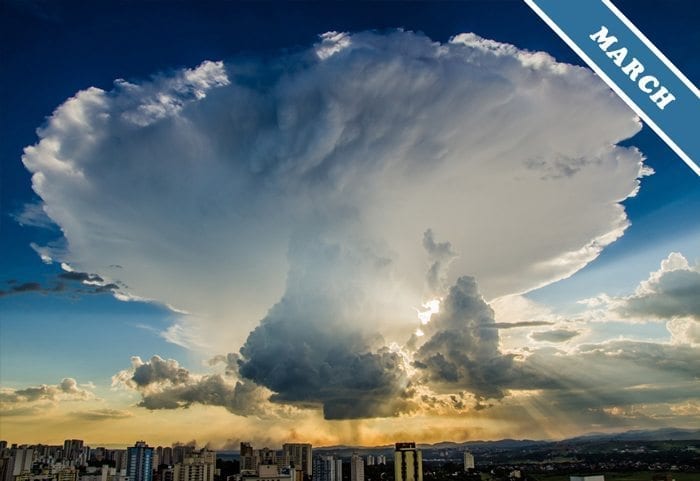 This Month’s formation boldly goes where no cloud has gone before. Resembling the Starship Enterprise, it is in fact a dramatic example of a Cumulonimbus incus, photographed over Sao Jose dos Campo, Brazil by Guilherme Touchtenhagen Schild. The incus classification comes from the Latin for a blacksmith’s anvil, because of the way that these huge storm clouds spread out at the top. There are hints of mamma, or mammatus, formations beneath the forground part of the anvil. The beams of light from the low sun, which are known as ‘crespuscular rays‘, spread outwards due to the effects of perspective. A glorious example like this shows just why the Cumulonimbus is known as The King of Clouds.