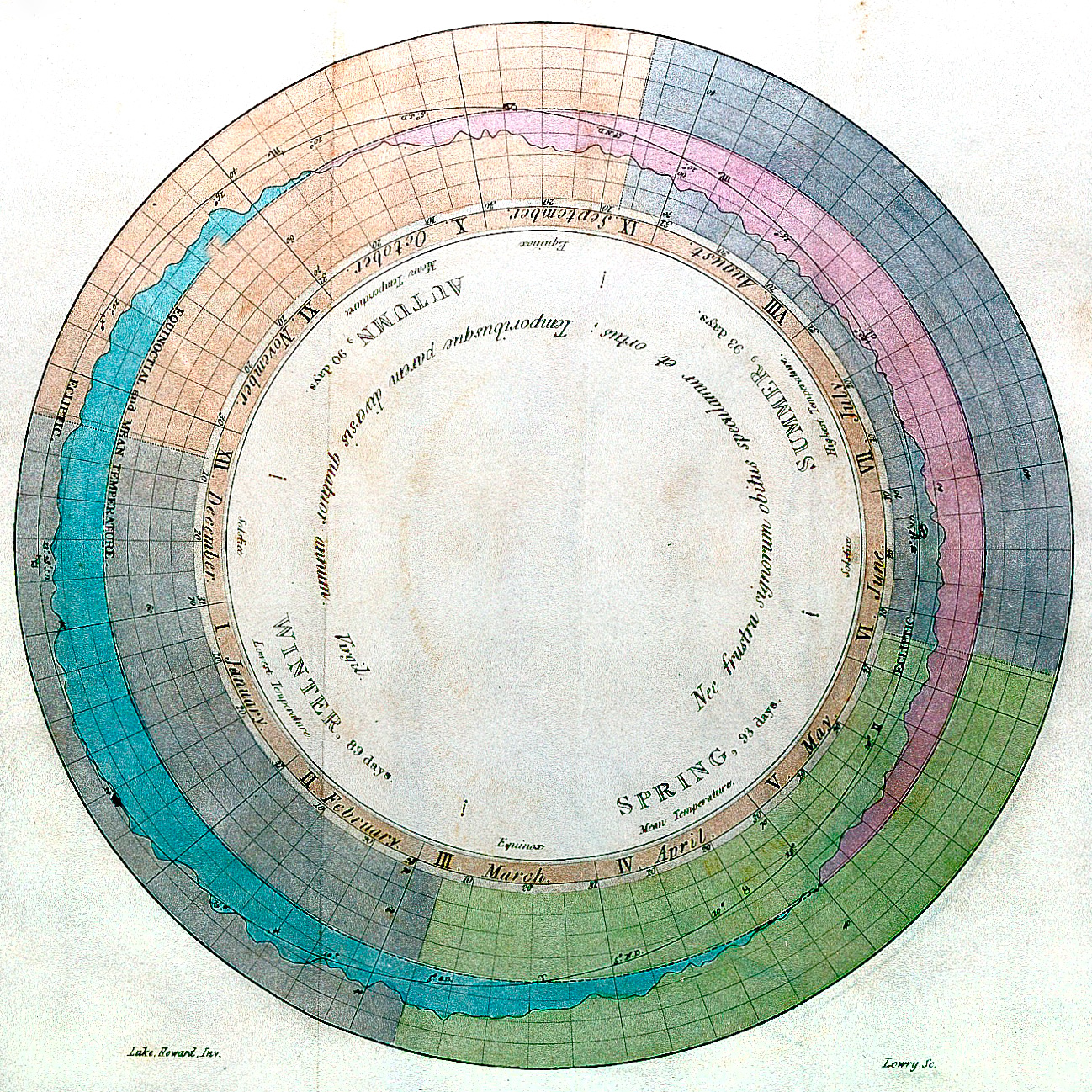 Luke Howard was a tireless and disciplined weather observer who for decades kept daily records of his measurements in and around London. This diagram of the mean temperature throughout the year in the metropolis appeared in the 1833 edition of his book The Climate of London, which was first published in 1818. Through his observations Howard was the first to recognise the effect that urban areas have on local climate. His comparison of temperature records within and outside the capital allowed him to detect, describe, and analyse the phenomenon of ‘urban heat islands’, the fact that average temperatures are higher in cities than in the countryside, many decades before others confirmed it. As he described it, ‘the temperature of the city is not to be considered as that of the climate; it partakes too much of an artificial warmth, induced by its structure, by a crowded population, and the consumption of great quantities of fuel in fires’. He published his book for the enlightenment of his ‘Fellow Citizens’, arguing that science should be studied ‘to bring forth fruits beneficial to his country and to mankind at large’. It is remarkable that Luke Howard, who was subsequently elected a Fellow of the Royal Society, identified virtually all the factors that are today considered responsible for why its warmer in cities than in the country and that he did so in 1820, at the dawn of the scientific study of weather and climate. Encircling his chart of London temperatures is a Latin quotation from the Roman poet Virgil that sums up his dedication to methodical observation: ‘Not in vain do we watch the stars, as they rise and set, and the year, uniform in its four several seasons.’