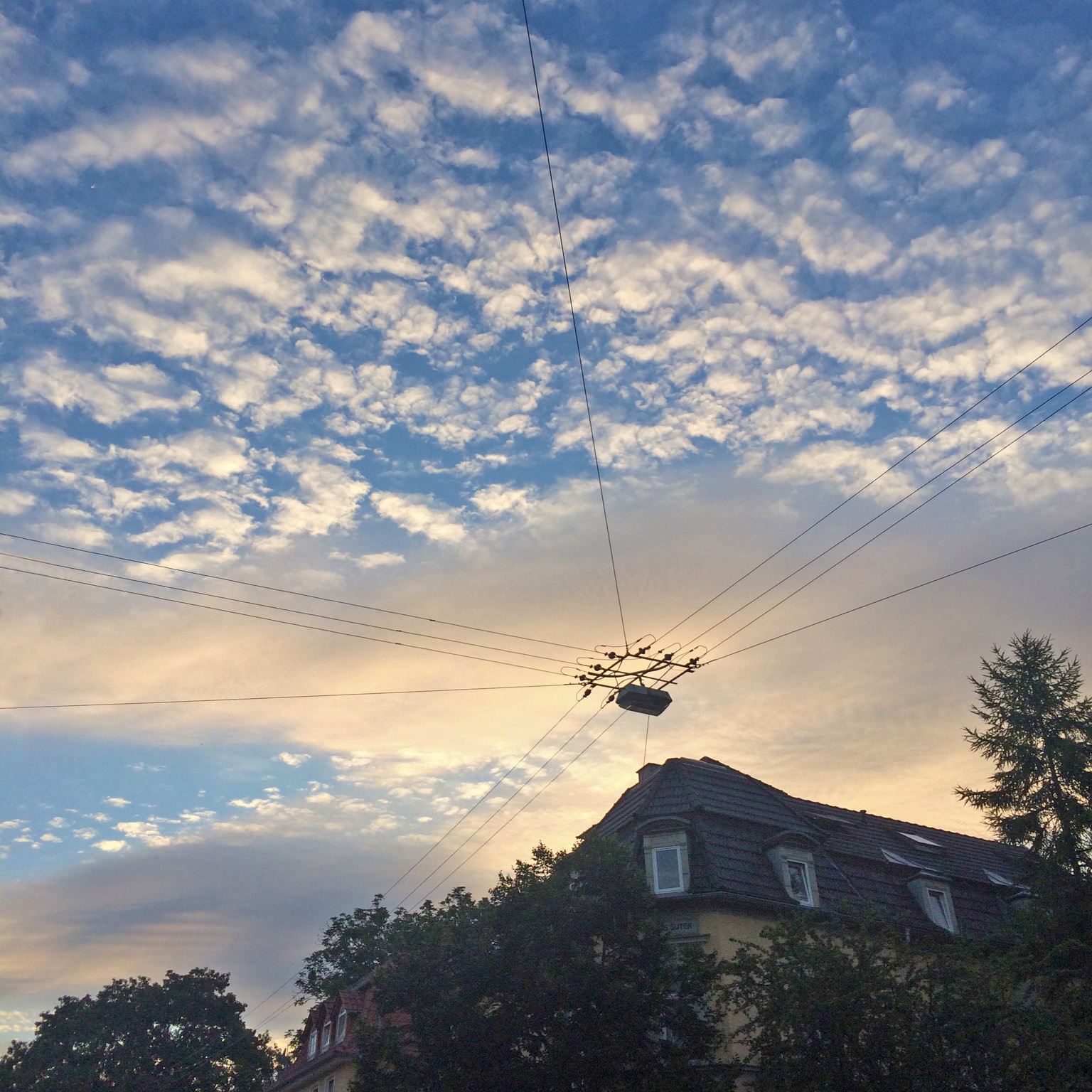 ‘But Howard gives us with his clear mind
The gain of lessons new to all mankind;
That which no hand can reach, no hand can clasp,
He first has gained, first held with mental grasp.
Defin’d the doubtful, fix’d its limit-line,
And named it fitly. – Be the honour thine!
As clouds ascend, are folded, scatter, fall,
Let the world think of thee who taught it all.’

From ‘In Honour of Howard’ (1821), a poem by the German philosopher, natural scientist, and poet Johann Wolfgang von Goethe, written in admiration of the cloud classification system devised by Luke Howard.

Altocumulus above patches of Altostratus spotted over Goethe’s home town of Weimar in Thüringen, Germany by app user ‘isabel’.