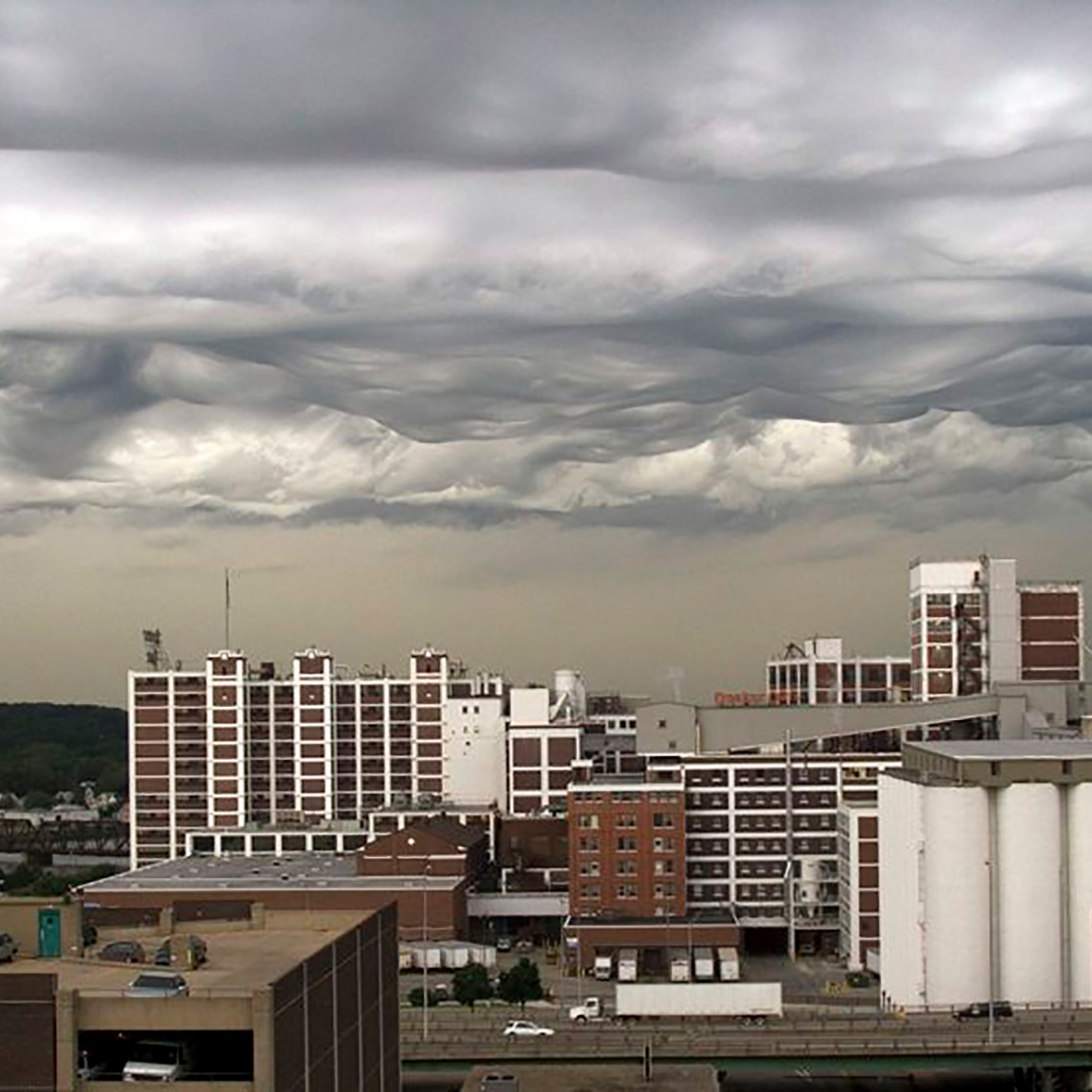 The World Meteorological Organization – the official keeper of cloud classifications – has rigorously maintained the Latin naming system that Luke Howard first proposed in 1802. But nothing in the world of cloud is ever fixed, and so the system has tended to be revised every few decades, sometimes with new cloud types being added. In 2008, the Cloud Appreciation Society petitioned the WMO to consider adding a new Latin classification for a distinctive cloud spotted by its members around the world. The formation’s chaotic wave-like features resemble a turbulent sea viewed from beneath the surface. In 2006, when Jane Wiggins (Member 15,712) spotted this churning sky over Cedar Rapids, Iowa, US it made the local news. Friends suggested she share her image with the Cloud Appreciation Society, and that’s when we first became aware of this formation. Hers was just one of the hundreds we assembled to support the Society’s proposal. In 2017, the WMO incorporated it as a cloud supplementary feature (a distinctive pattern or form appearing on just a part of one of the main cloud types), giving it the name asperitas, from the Latin for ‘roughness’. Howard’s naming system has evolved incrementally over the centuries as more and more observations of the sky have been shared – enabled most recently by smartphones, the internet, and a growing enthusiasm for citizen science. Today, cloudspotters demonstrate the durability of Luke Howard’s classification system when they learn to identify the common cloud formations and scan the skies for new discoveries.