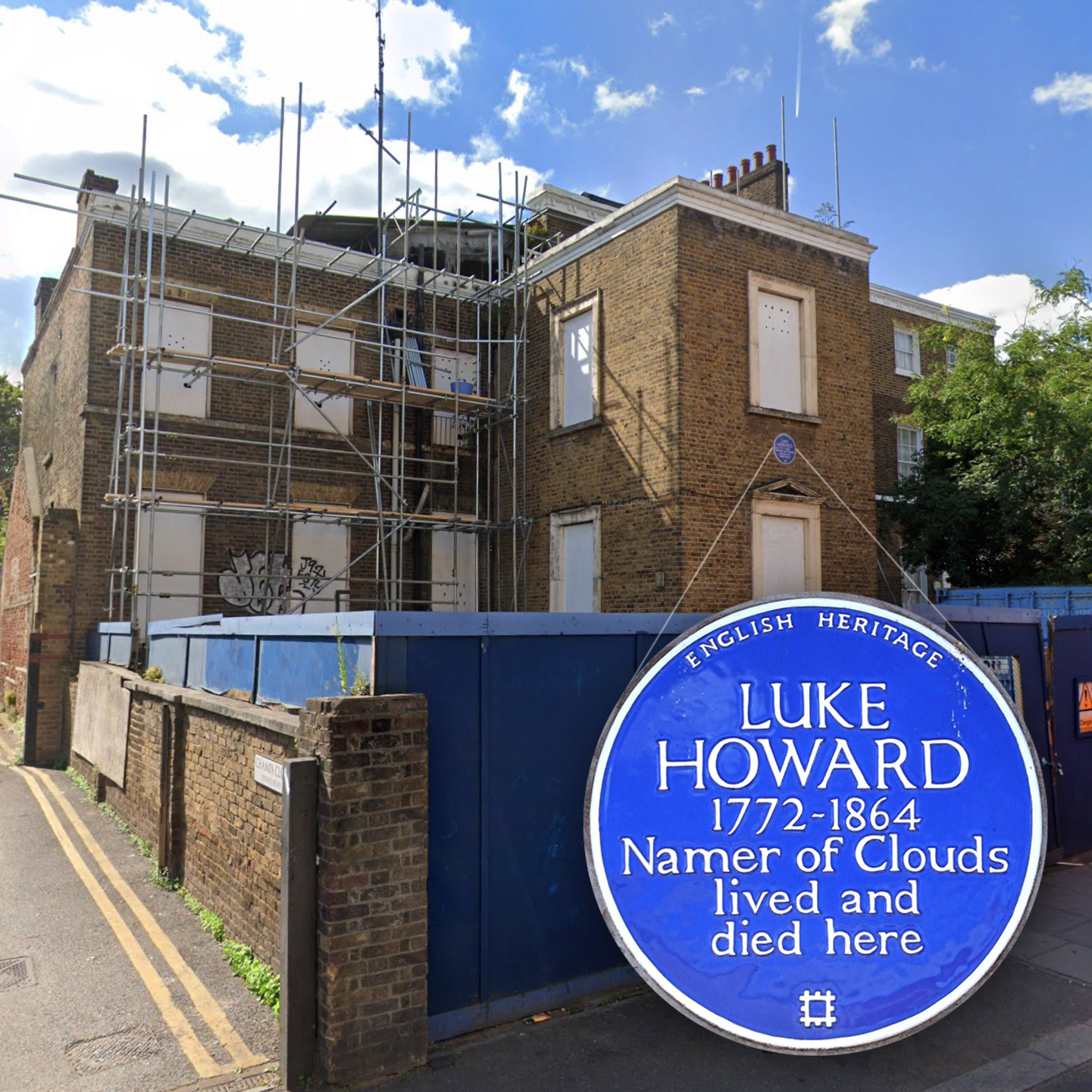 Attached high on the wall of a semi-derelict house at 7 Bruce Grove, Tottenham, London is an English Heritage blue plaque that reads, ‘The Namer of Clouds lived and died here.’ This was the home where Luke Howard spent his last years with his son Robert after his wife, Mariabella, passed away in 1852. Today, almost 160 years after Howard’s death in 1864, his home has been left to crumble by property developers waiting to rebuild it as city apartments. Even if his home can’t be saved, Howard’s legacy lives on in the mind of every child who looks up and learns the names of the clouds. British author Richard Hamblyn, who wrote a brilliant biography of Luke Howard called The Invention of Clouds that was published in 2001, shared a quote from Howard’s grandson Thomas Hodgkin. Contemplating his grandfather’s final years living in this home, Thomas said, ‘I most like to think of him standing on the verandah and watching the dear clouds, the study of which had formed the delight of his life, and which, as I have said before, seemed to be especially beautiful for him.’