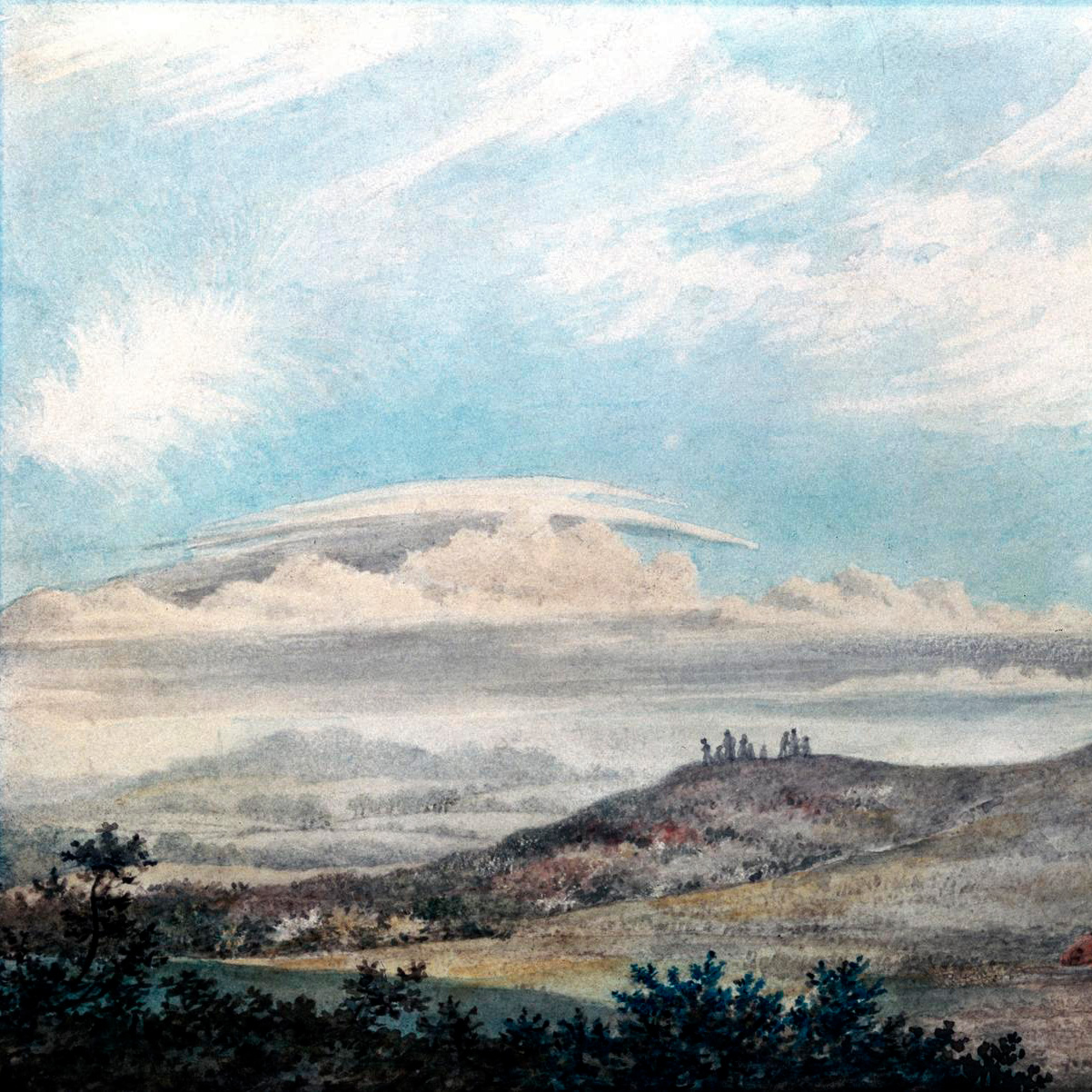 The sky in this watercolour from the first half of the nineteenth century was painted by Luke Howard. He became adept at depicting cloudscapes to use for illustrating his talks and publications about cloud classification. Even though this ‘Godfather of Clouds’ spent much of his time focussed on the inhabitants of the atmosphere, he also cared deeply about those down here on the ground. As a Quaker, Howard was involved in many philanthropic campaigns, including the Society Against Cruelty to Animals, the Society Against Capital Punishment, and the Anti-Slavery Movement. After the 1807 Abolition Act of the British Slave Trade was passed, Howard was one of the founding members of the African Institution, a group which recognised the devastation slavery had caused and worked to remedy it. Luke Howard should be remembered for his rich life of social justice – but not for his artistic skills more broadly. Though his clouds were generally spot-on, Howard was hopeless at painting people and landscapes. He had those added later to his skyscapes by the nineteenth-century landscape artist Edward Kennion.

Detail from a study of clouds by Luke Howard (date uncertain, but before 1849) with the landscape added by Edward Kennion, in the collection of the Science Museum, London.