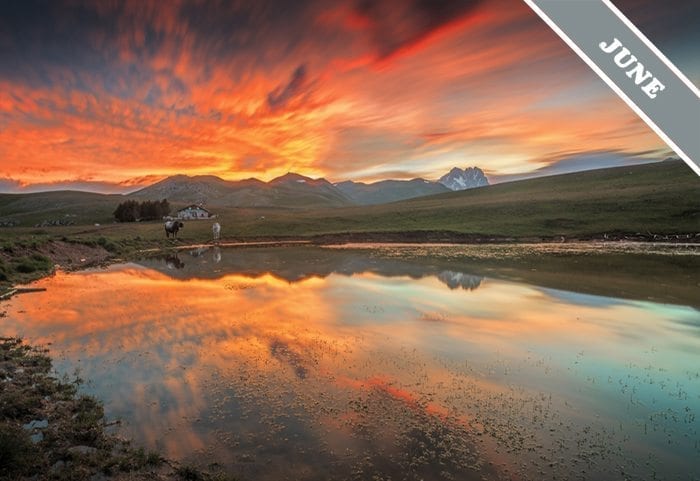 Buy One Get One Sunset Free

Still water can act as a fantastic mirror on the sky, giving you two cloudscapes for the price of one. This effect has been used to great effect by Marco Cingolani in the image we’ve chose as June’s Cloud of the Month. A Sunset over Racollo, Campo Imperatore, Gran Sasso, Italy, it is an example it of sky-water reflections that boasts colour and form by the bucket load.

Incidentally, the most dramatic example of sky reflections in the world can be seen during the wet season on the Salar de Uyuni salt flats of south-western Bolivia. After rains, a few-centimetre-deep layer of water sits over the salt flats, acting as a perfect mirror on the sky.