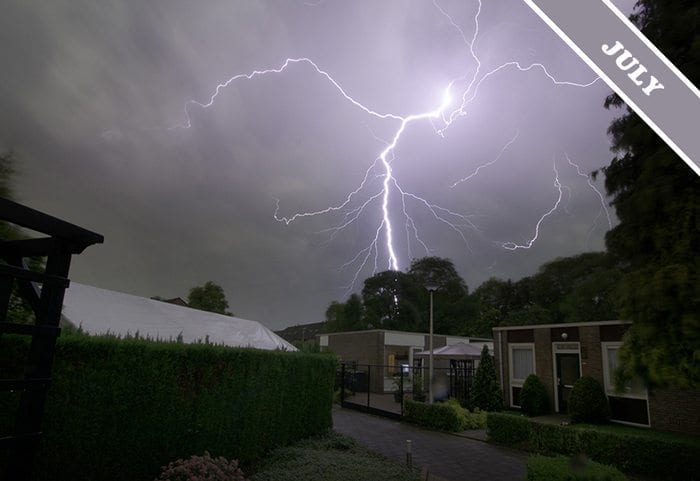 Gone in a Flash

This month’s selected image is of a lightning strike over Heerlen in the South of the Netherlands.

Lightning heats the air around it to a temperature equivalent to four times that of the surface of the Sun. It does so within just a few millionths of a second. The sudden expansion of the air is what causes the acoustic shock waves that we hear as thunder.

How do photographers manage to capture an image of something so fleeting? Success is often down to judgement and a lot of luck. The photographer has to make an educated guess as to where and when a lightning strike might occur. There are, of course, many tips and techniques on the Internet about shooting lightning. Since bolts tend to happen in a series of consecutive flashes down the same channel lightning trigger equipment can be added to a camera that responds to the first flash, opening the shutter in time to capture any subsequent ones.

Only when a dramatic bolt of lightning is captured on film, like this one by Math Gossens, can you see how beautifully the electric charge twists, turns and branches its way through the air as it descends from the might Cumulonimbus storm cloud above.