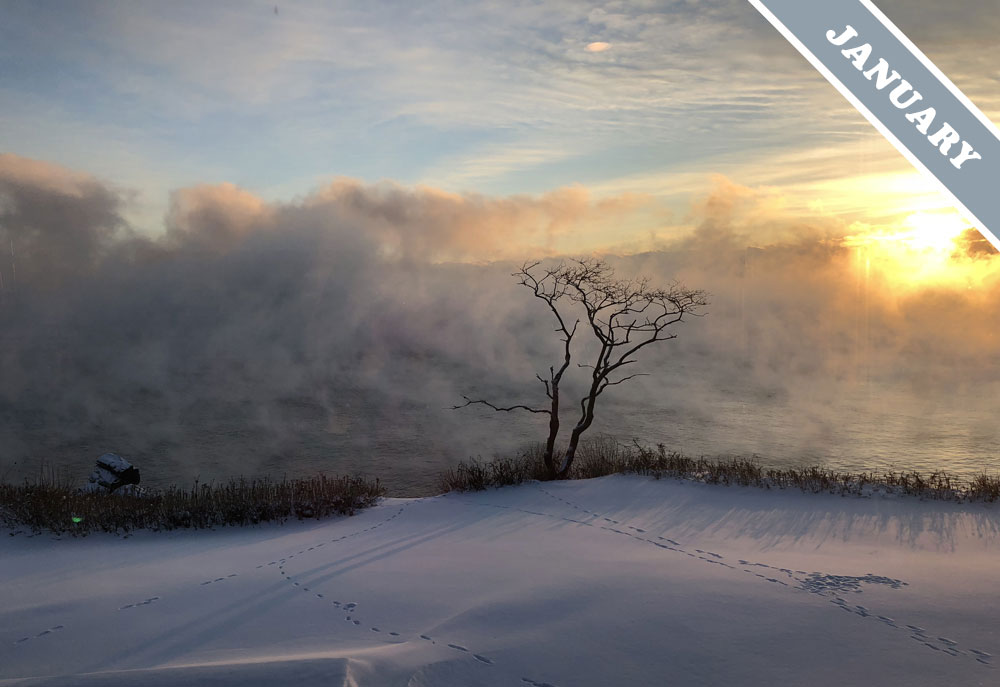 Smoke on the Water

Sunrise over the snowy coast of South Portland, Maine in the US reveals the Atlantic Ocean topped with a layer of ‘sea smoke’. This variety of fog is caused by very cold air flowing over a body of comparatively warm water. Air just above the surface is heated by its contact with the ocean and picks up moisture evaporating off the water. As this warmed, moist air mixes with the gentle flow of cold air above, it cools rapidly and some of the moisture it gathered condenses into visible droplets. The effect is similar to steam rising from a mug of tea in a cold room.

Usually, sea smoke is thin, rising from the surface in delicate columns that disperse easily in the breeze. But occasionally, like on this cold January morning, it can be much denser. Sea smoke’s rising columns of condensation have been known to reach up as high as 20 to 30 metres.