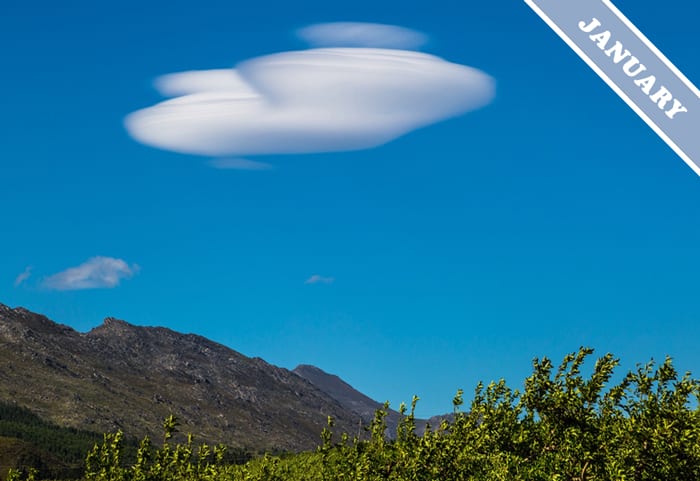 Out of the Blue

Cloud of the Month for January is a classic, UFO-shaped Altocumulus lenticularis cloud. Although it looks like a speeding spacecraft, this cloud type generally remains almost stationary in the sky, despite a stiff wind up at a cloud level. This is because it forms where stable, moist air flows up over a mountain and takes a wave-like, rising and dipping, path downwind of the peak. The position of the crests and troughs of this ‘standing wave’ of air remain fixed in place. If the temperature at one of the crests drops enough, the moisture in the air can condense into droplets which appear as a lenticular cloud. This beautiful example, which was spotted over Franschhoek, South Africa, by Peter Leenan, is the saving grace in an otherwise featureless, blue sky.