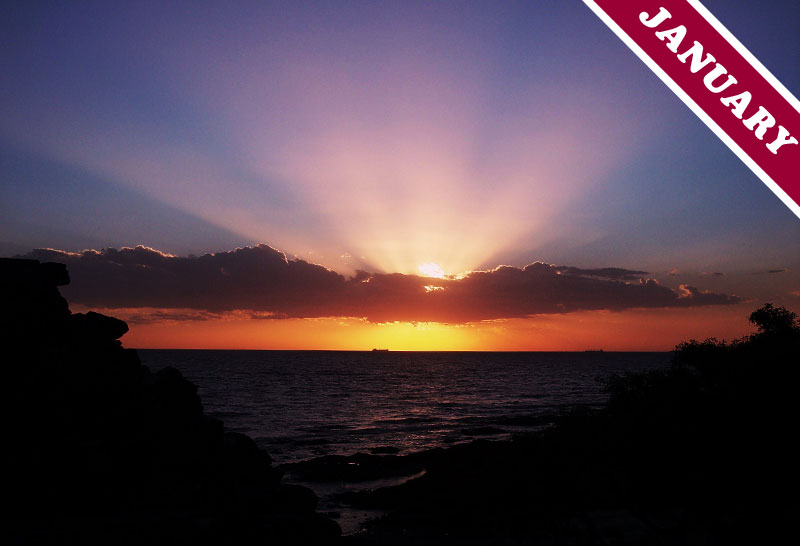 While they may not know the name, most cloudspotters will be more than familiar with crepuscular rays. These optical effects, caused by the shadows of clouds, are the familiar beams of sunlight that appear to shine down from a hole in a layer of Stratocumulus or burst out in dramatic fashion from behind a Cumulus, as is the case in January’s The Cloud of the Month, above.

Crepuscular rays appear when the path of sunlight is made visible by atmospheric water droplets too scarce to appear as cloud, but plentiful enough to noticeably scatter the light. Like fingers through a torch beam in a smoky room, the shadows caused by the clouds provide edges to the path of the light, making the rays appear as sunbeams. These rays seem to radiate outwards from behind the cloud, in spite of the fact that they are actually almost parallel. Like like railway tracks approaching from the horizon, the effect is due to perspective.

The rays that form when the Sun is high in the sky often look like they are pointing downwards, especially when they break through a hole in a cloud layer (see here, for example). But when the Sun is low on the horizon, they invariably point upwards. They look like the fingers of a hand outstretched, waving to the day that is departing, or welcoming the one that’s just arrived.