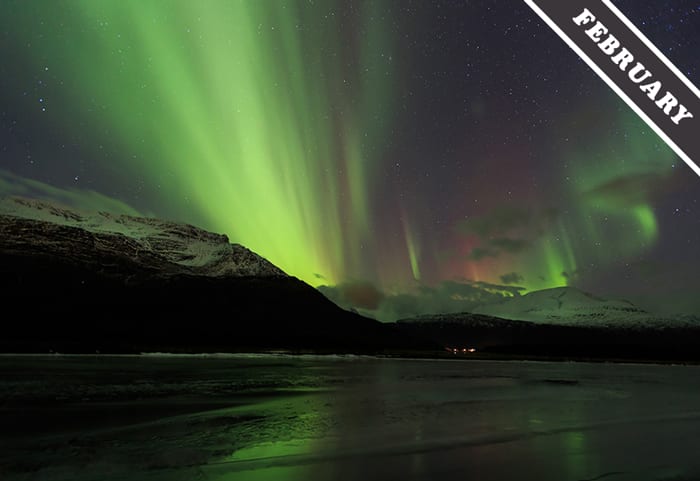 Once observed, never forgotten. That’s what they say about the celestial light display known as the aurora borealis, or northern lights, which can form in the skies of the polar regions of the Northern Hemisphere. Like it’s Southern-Hemisphere cousin, the aurora australis, this is not a cloud of water but of energised atmospheric molecules, which have been excited by electrons and protons emitted by the Sun.

The name ‘aurora’ comes from the name for the Roman goddess of dawn. This glorious example, chosen as February’s (Electric) Cloud of the Month, was observed by Sitthivet Santikarn over Tromso, Norway, also includes some straightforward clouds: shreds of Cumulus and Stratus clouds lurking over the mountains. It must have been worth getting out of bed for.