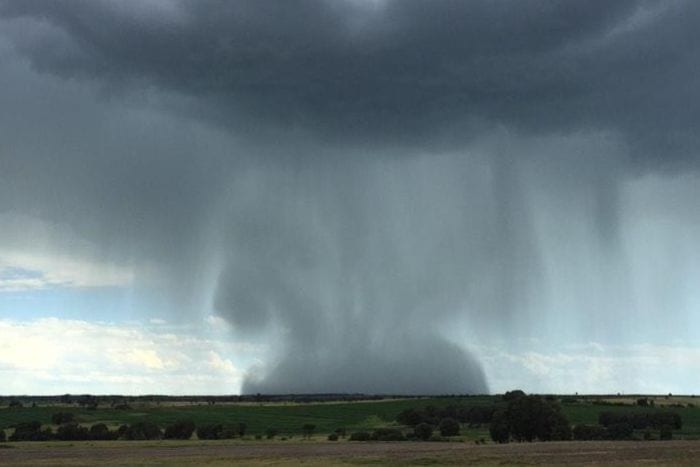 February 3, 2015 In Attention All Cloudspotters 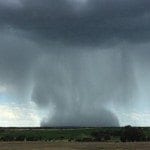 ABC Online recently sent us a link to a story featured on their website. This image was captured by Peter Thompson who described it as a “water bomb falling”. The story goes on to explain that the Bureau of Meteorology said Mr Thompson’s rain bomb was in fact a sort of downburst known as a microburst. “A downburst is a concentrated downdraft, typically lasting five to 15 minutes, and is of unusually high speed such that it can cause damage on, or near, the ground,” the BoM website said.