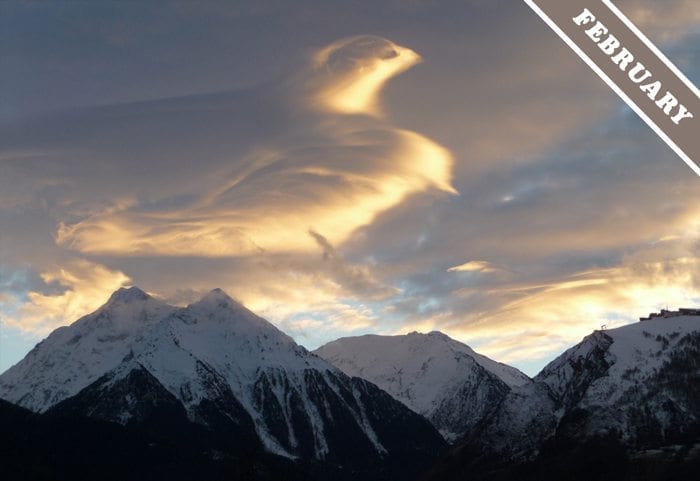 No, it’s an Altocumulus lenticularis – in the shape of a bird. Or a plane. Philippe Villette photographed February’s Cloud of the Month at sunset over the Aure Valley in the French Pyrenees. He described his cloud as a bird coming in to land. Others have have suggested it is more like a jet aircraft. No one has yet claimed this classic example of the lenticularis cloud species looks like Superman.