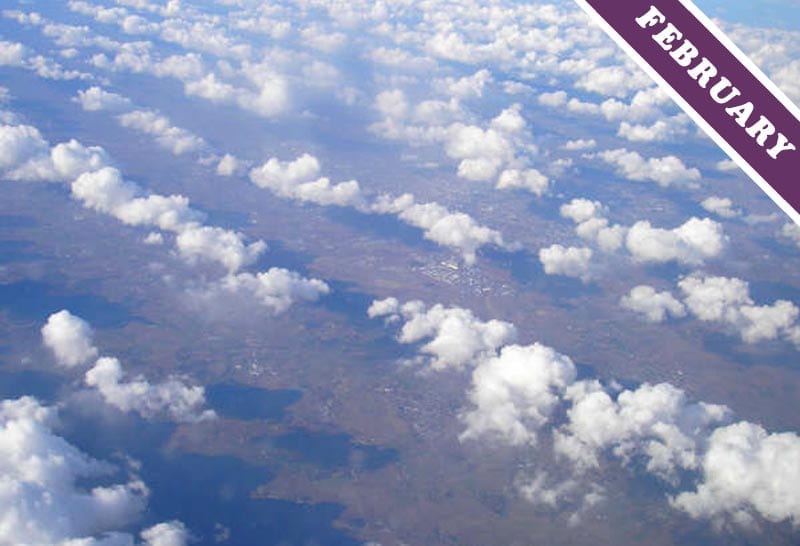 Nature can exhibit surprising displays of order in seemingly chaotic situations: lining up grains of sand into regular, parallel ripples below the ebb and flow of the surf; coordinating bees to form geometric honeycombs as they construct their hives; arranging fair-weather Cumulus clouds into regimented lines, known as ‘cloud streets’, like those in February’s Cloud of The Month.

Orderliness in clouds can seem more surprising than when it is found elsewhere in the natural world. Are clouds not the most disorderly things around, shaped as they are by the unruly motions of the atmosphere? So irregular is their movement that when physicists came up with Chaos Theory in the 1970s, some had been inspired by gazing up at the clouds.

While the particular curls and wisps of these ghosts of the atmosphere are indeed chaotic, the clouds themselves occasionally exhibit quite regimented formations. This tension between order and disorder is surely one reason we find them so intriguing to watch. Some cloudspotters love them for their stubborn refusal to abide by rules. Others, who tend to like to have their CD collections arranged in alphabetical order for easy access, find neat formations such as cloud streets a blessed relief.

One thought on “February 09”