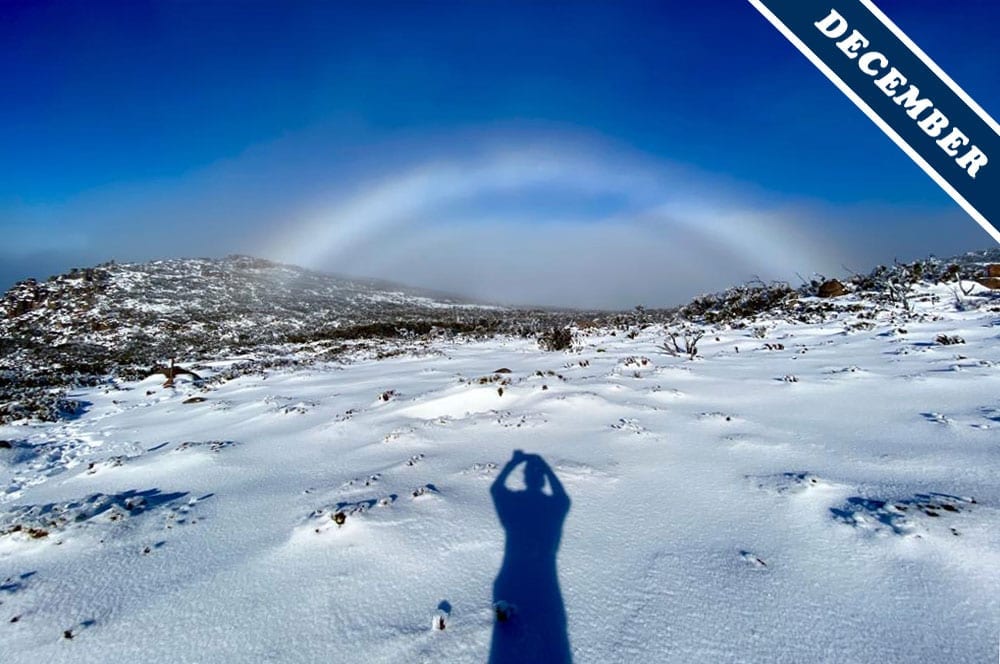 When a rainbow is caused not by a shower of rain, like it usually is, but by the fine droplets of a cloud it is known as a cloud bow. Unlike its colourful cousin, who gets all the glory, the arc of a cloud bow shows little more than very pale, insipid hues. Many cloud bows are completely white or show just the faintest red tinge to their outer edges, like this one spotted by Iestyn Marc Lewis from Mount Wellington, Tasmania, Australia.

A cloud bow owes its ghostly appearance to the tiny size of the cloud’s droplets. At less than 1/100th of a millimetre across, these are far smaller than the raindrops that cause the vivid colours of rainbows. While they do, just like raindrops, separate the sunlight into a spectrum as it shines through them and reflects back off their inner surfaces, the tiny cloud droplets scatter the sunlight much more. This effect, known as diffraction, tends to blur the bow’s colours back together again. As light passes around the droplets of a cloud it bends slightly. This bending, or