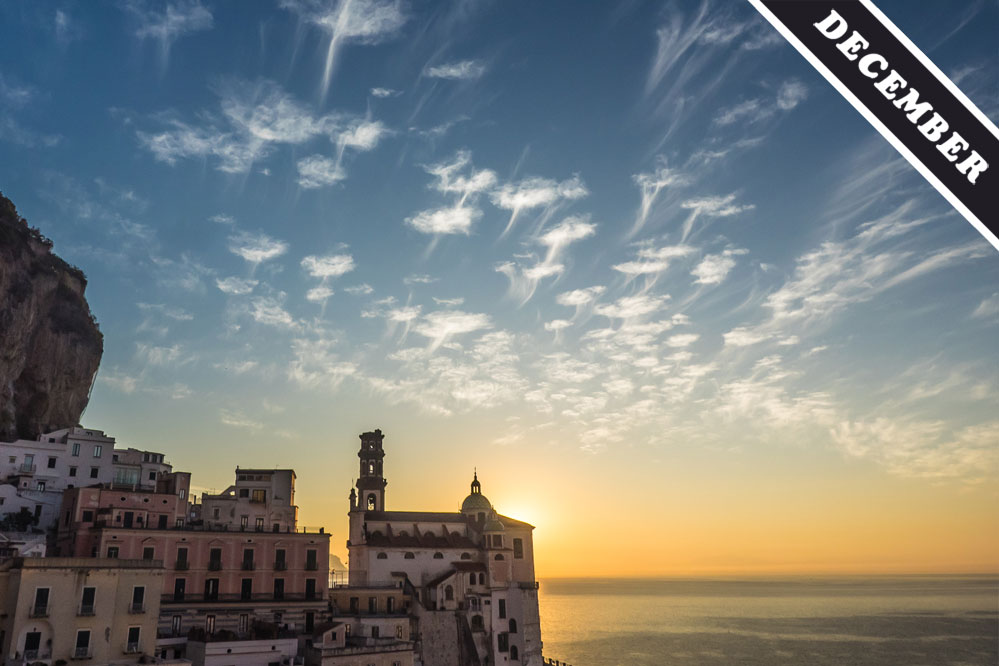 Whenever you see jellyfish in the sky, it’s safe to assume you are looking at the cloud feature known as ‘virga’. This is the name for cloud tendrils like the ones hanging from these Altocumulus spotted by Frieder Wolfart (Member 42,997) at sunrise over Atrani, Italy.

The best examples of virga tend to appear below Altocumulus – the clumpy, mid-level cloud, forming at altitudes of around 2–7 km / 6,500–23,000 ft. Unlike ice crystals falling from lower clouds, which in winter might well reach the ground as snow, those falling from high Altocumulus are far more likely to disappear as they descend. The crystals tend to ‘sublimate’ as they pass through layers of drier air. The ice equivalent of evaporation, this is when solid ice changes into the invisible gas state, known as water vapour.

So terrestrial is our perspective on the world that it’s easy to forget, no matter the weather down here on the ground, it is snowing up there amid the drifting jellyfish of the sky.

Altocumulus producing virga spotted over Atrani, on the Amalfi coast of Italy, by Frieder Wolfart (Member 42,997).