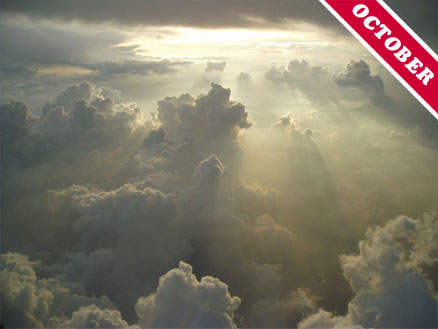 To view the clouds from an aircraft – to be up at their level – is to lose yourself in another world. When the low sun casts long shadows from the towering edifices of a Stratocumulus cloud, like the beauty shown above, that world seems to take the form of a fantastical cloud city.

It was just such a city that the American naturalist, Henry David Thoreau, observed in the sky off to the western horizon, and described in his journal on 10 July 1851:

“Between two stupendous mountains of the low stratum under the evening red, clothed in slightly rosaceous amber light, through a magnificent gorge, far, far away as perchance may occur in pictures of the Spanish coast viewed from the Mediterranean, I see a city, the eternal city of the West, the phantom city, in whose streets no traveler has trod, over whose pavements the horses of the sun have already hurried, some Salamanca of the imagination.”

One thought on “Stratocumulus (October 07)”