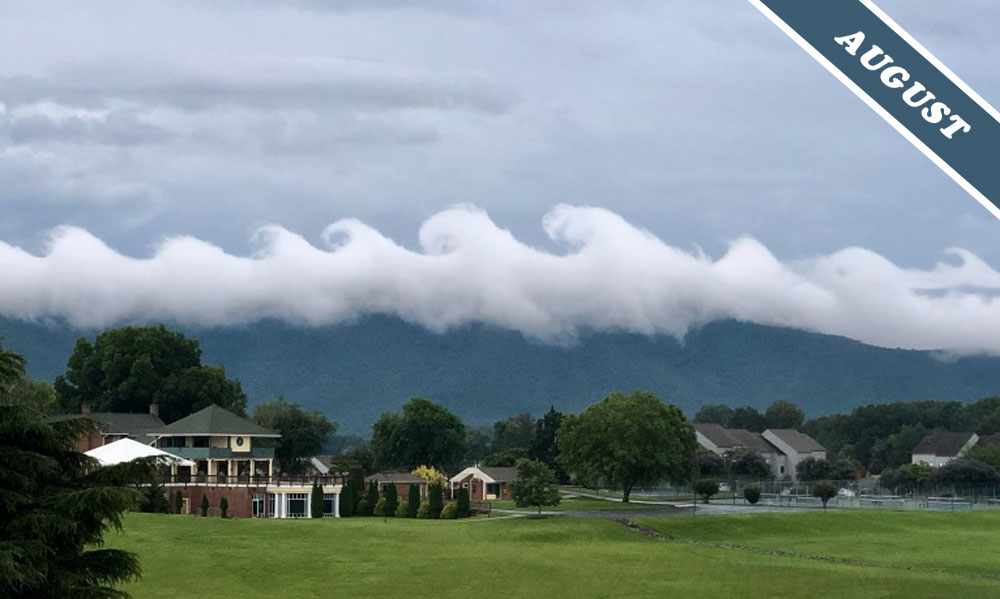 Surf’s up over Smith Mountain Lake.

Whenever you see the breaking waves of a fluctus cloud, like this one spotted by Amy Hunter over Smith Mountain Lake, Virginia, US, you can be sure that ‘shearing winds’ are at work. This cloud formation, which is also known as a Kelvin-Helmholtz cloud, looks like a succession of ocean breakers tumbling over themselves in delicate vortices. You can think of fluctus as a special, rare and fleeting form of the much more common undulatus clouds. Those look like parallel bands that are aligned perpendicular to the wind. While the ridges of undulatus can persist in the sky for some time, the distinctive curls of fluctus hold their shape for no longer than a few minutes before the break up and dissipate away.

The winds that sculpt fluctus clouds are described as shearing because their speeds differ significantly with altitude. Typically, they flow faster above the cloud than beneath it. This marked difference in windspeed result is a rising and dipping of the flow in between which is rendered visible by the forms of the cloud. Only when the difference in windspeeds is just right will the tops of these undulations lift and curled over like this. Fluctus clouds are turbulence at its most elegant.