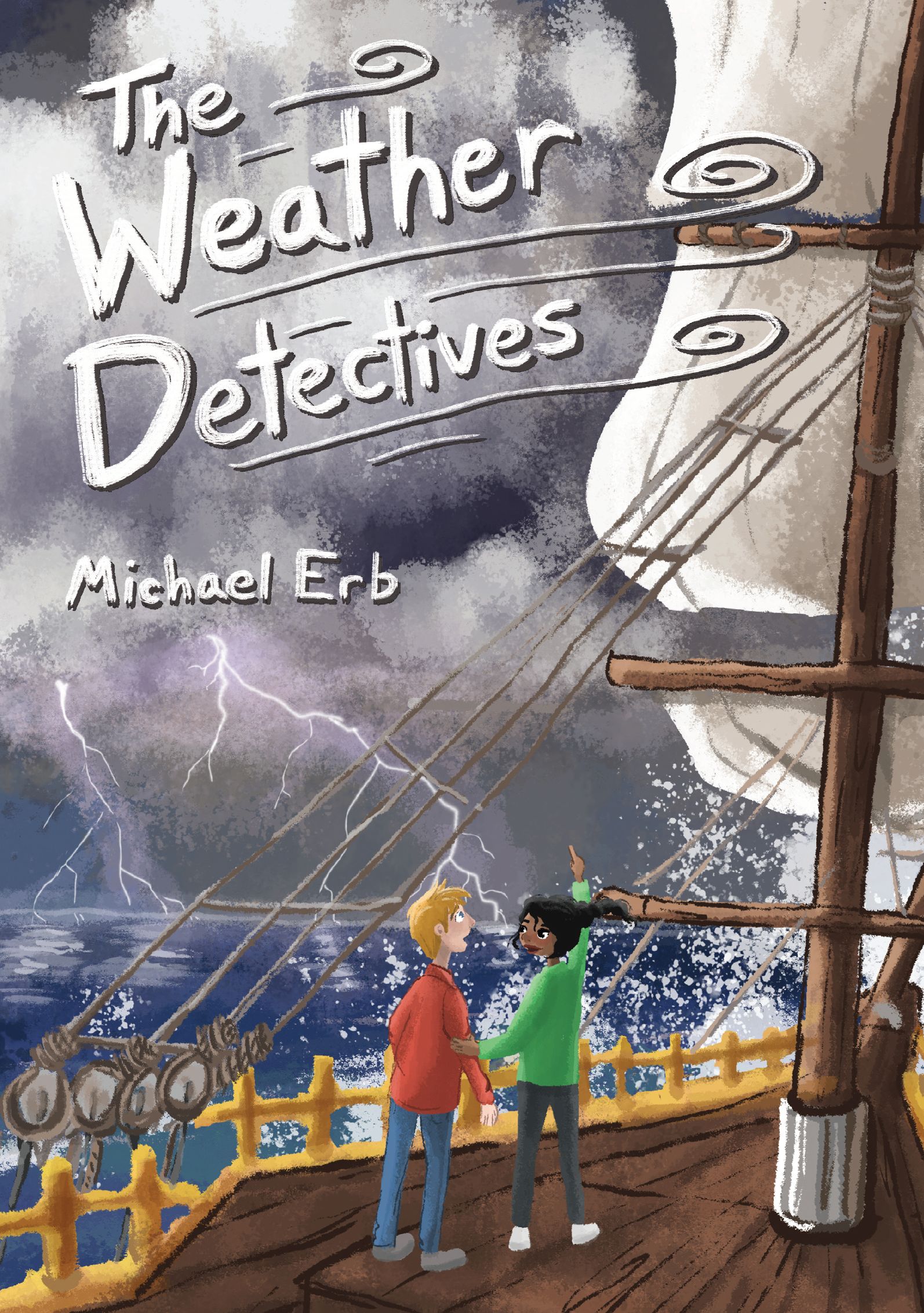 Michael Erb, member 38,503, has written a weather-themed children’s book called “The Weather Detectives”. He told us “the book is for 9-14 year olds, and I hope to inspire young readers to learn more about the weather”.

Michael also has a website with weather activities, photos and other weather related projects for youngsters to enjoy.

Sun, storms, and mystery in the Caribbean.
Ever since moving to New York to live with his uncle, thirteen-year-old Henry Alabaster has been involved in one foggy mystery after another. That’s because Henry’s uncle, Kelvin McCloud, is a weather detective—someone who specializes in solving stormy problems. When an anonymous letter implores Kelvin to come to the Caribbean, Henry and his uncle are swept up in their most adventurous case yet—one which will take them out to sea to investigate a strangely troubled ship and its supposedly cursed captain, Vernon Holloway.

Out on the tropical waters, Henry and his artistic friend Rachel will have to contend with the belligerent sea captain, meet colorful fellow passengers, encounter stormy seas, and confront more mystery than they can shake an umbrella at.

Can they solve the mystery of the cursed sea captain before someone gets hurt, or worse?

About the Author
Michael Erb grew up under the blue skies of North Carolina. While getting his Ph.D. in Atmospheric Science at Rutgers University, he experienced the remnants of Hurricanes Irene and Sandy, which brought wind, rain, and flooding to New Jersey (Sandy also brought a multi-day power outage!). Currently, Michael is an Assistant Research Professor at Northern Arizona University, where he helps uncover clues about Earth’s past climate. As a scientist and author, he confronts mysteries both in his research and in fascinating books.

One thought on “The Weather Detectives”