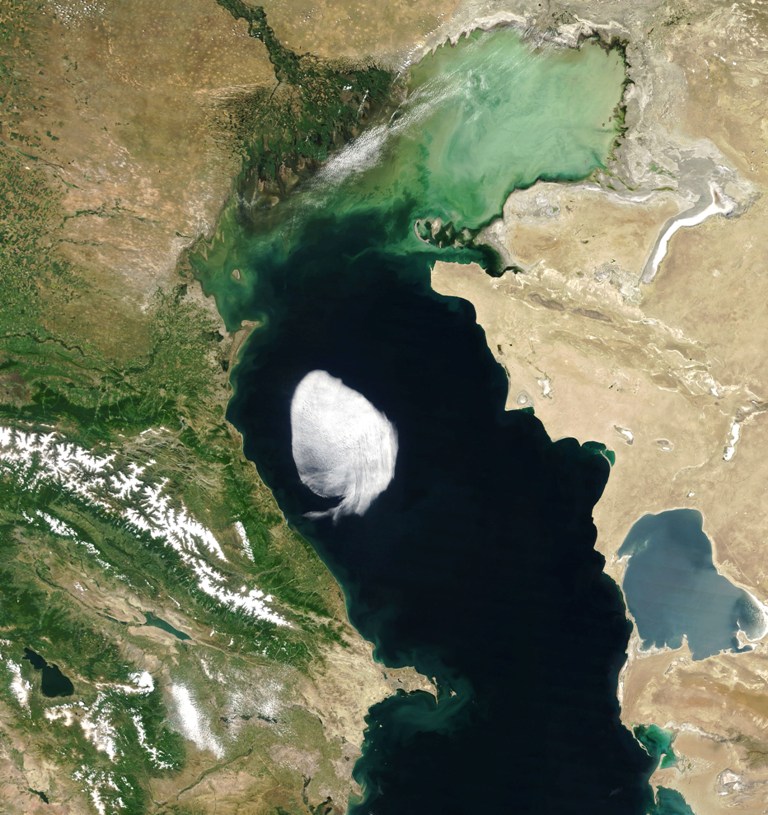 Photographed using NASA’s MODIS satellite instrument, the cloud appears to have been a lover of the open seas.  Having appeared over the Caspian Sea, it drifted towards the coast of Makhachkala, Russia, where it dissipated upon reaching land.

Read more on NASA Earth Observatory about the peculiar cloud over the Caspian.