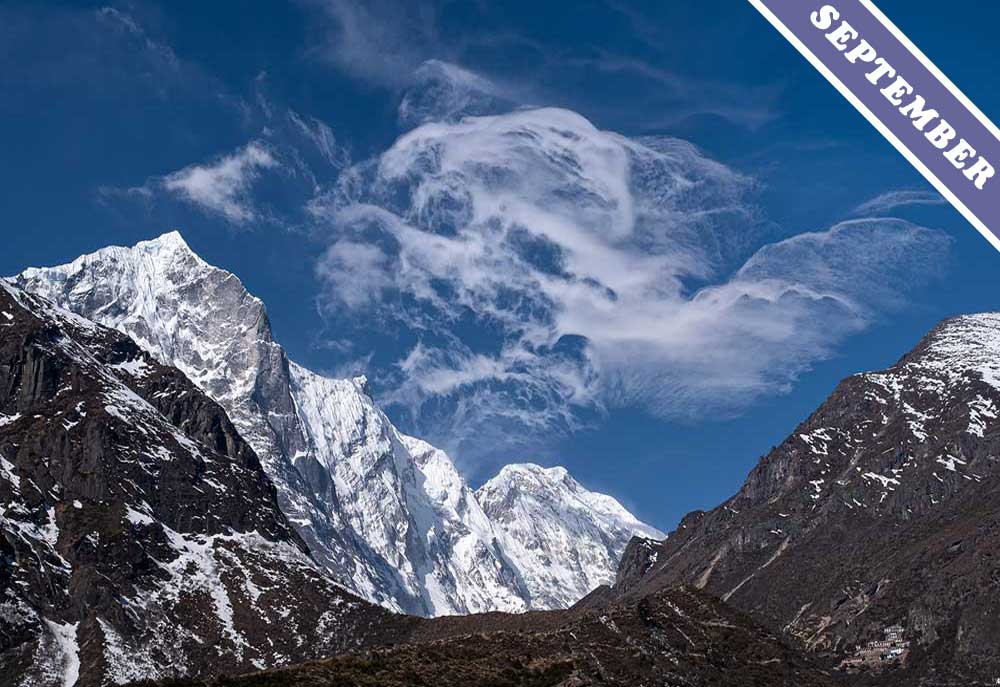 When Clouds Raise an Eyebrow

Actually, the correct classification for this cloud is not too clear. We’ve often seen clouds like these forming in the fierce turbulent air flow when stiff winds blow over steep mountain peaks. In our opinion, this particular form of turbulence clouds don’t really have a satisfactory classification. We’ve always thought they look rather like eyebrows. In fact, we once enquired from Rick LaFleur, Franklin Professor of Classics Emeritus at the University of Georgia, US, what an appropriate Latin name might be for clouds that look like raised eyebrows. He suggested the term ‘superciliaris’, which is Latin for ‘(of or related to) an eyebrow’. Sounds good to us.