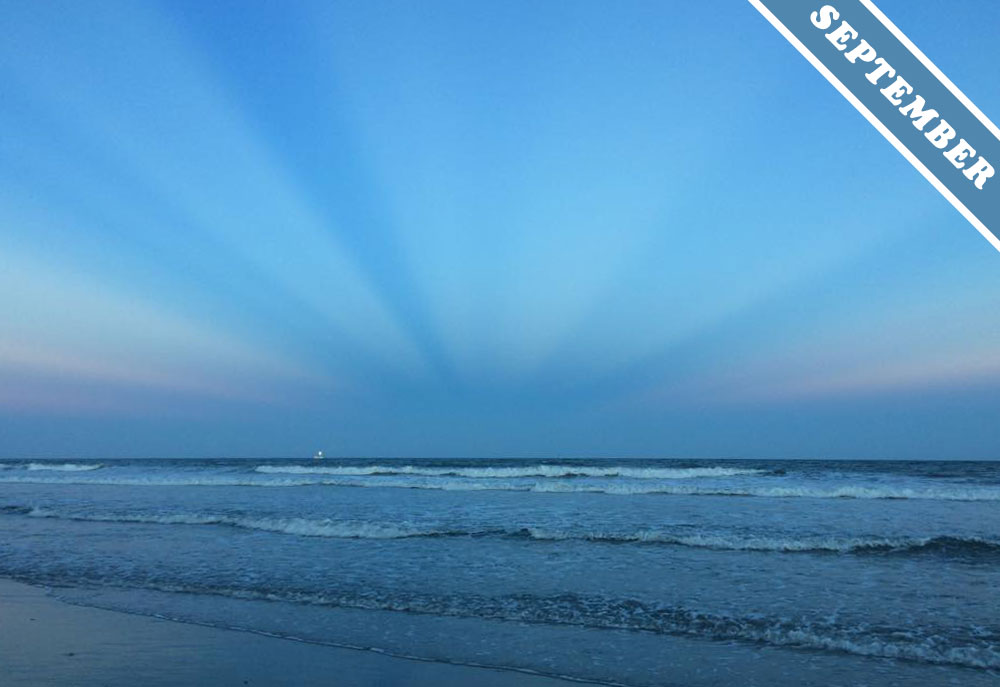 No cloudspotter likes to turn their back on a sunrise or sunset. But that is exactly what you’ll have to do to see the optical effects known as ‘anti-crepuscular rays’. These are lines of shadow that can stretch right across the sky, appearing to converge on the ‘anti-solar point’, which is in the exact opposite direction to that of the Sun.

The long converging rays of light can feel both subtle and dramatic at the same time, and they reach across the sky like this only when certain conditions are met. The Sun needs to be low on the horizon, where it is partly obscured by tall clouds whose turrets cast extremely long shadows. A high, thin cloud layer, such as a Cirrostratus, can act as the subtle canvas onto which the shadows are cast. Its ice crystals, noticeable only as a faint milky whitening of the sky, serve to scatter the sunlight just enough for the regions of light and shadow to be revealed.

Although the rays of light reaching us from the Sun are near enough parallel, these cloud shadows appear to converge to a point as they recede. This is simply the effect of perspective – the same reason train tracks appear to converge as you look down their length.

When Lyn Wilson spotted these anti-crepuscular rays looking east from Folly Beach, South Carolina, US, the Sun must already have dipped below the horizon behind her since the shadow of the Earth is visible as a horizontal band above the ocean ahead. Most likely, the tall clouds casting shadows from behind were so distant as to be also hidden from view beyond the western horizon. Their display of anti-crepuscular rays stretching the length of the sky would have lasted for no more than a couple of minutes – the clouds’ brief farewell, in the dying moments of the day.