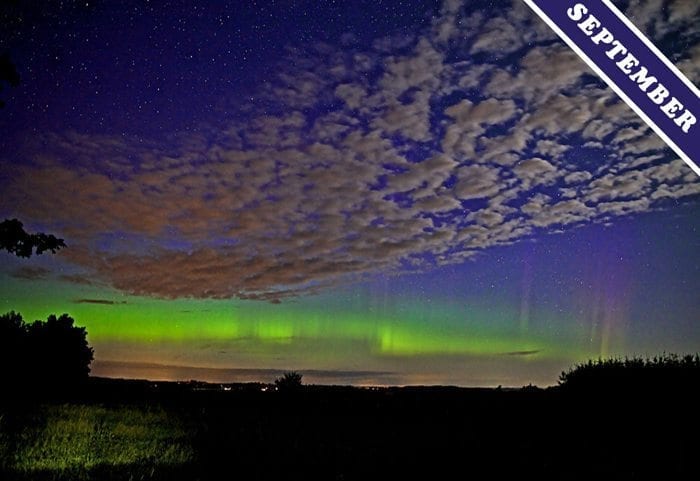 This month’s image shows the beautiful atmospheric display known as the ‘aurora borealis’. It was given this name by Pierre Gassendi in 1621, after the Roman goddess of dawn, Aurora, and the Greek name for the north wind, Boreas. Also known as the northern lights, the display of shifting colours results from the collision of energetic charged particles from solar storms with atoms in the Earth’s high atmosphere. Because of the Earth’s magnetic field, the displays only occur in northern latitudes, like this beautiful example over Denmark.