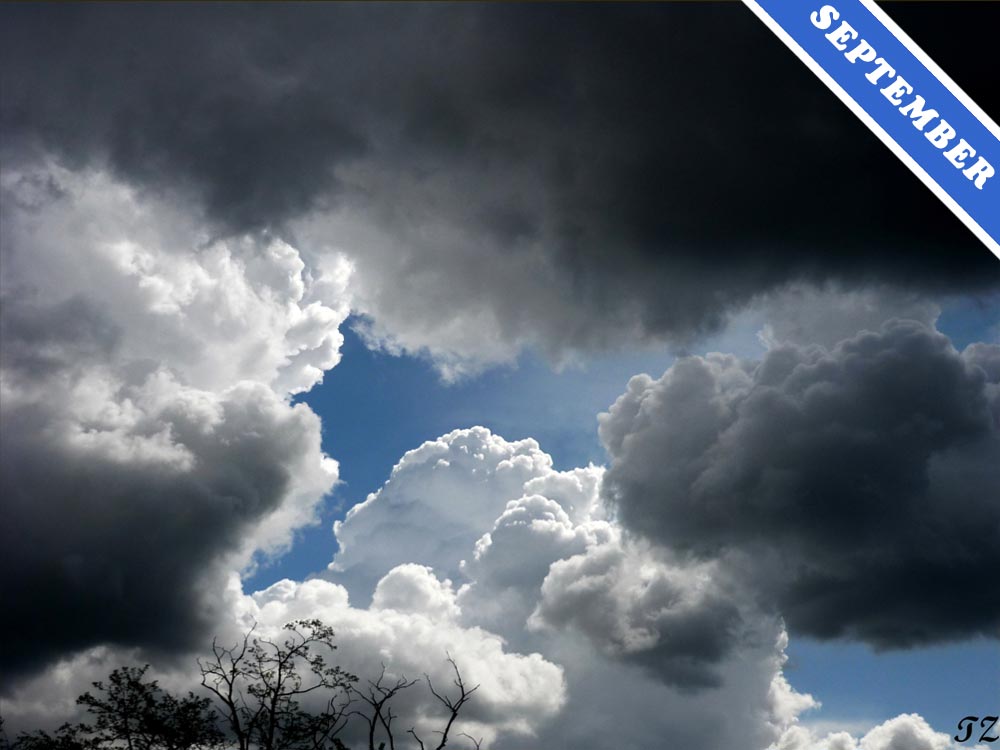 ‘Convection clouds’ are ones that form and grow by the process known as convection. Cumulus and Cumulonimbus are examples of this type of cloud.

Convection in the atmosphere is the way air floats upwards on account of being warmer than the surrounding air. You can see this sort of movement close up when a shaft of sunlight picks out the tiny motes of dust suspended in the air of your room. Since the dust reveals the invisible swirling currents of the air, it lets you see the air near to a radiator rising upwards. The radiator warms the air beside it, making it expand and become less dense than the air further away. This causes the air near the radiator to gently float up towards the ceiling. The same convection currents, on a much larger scale, drive the formation and development of convection clouds like the large Cumulus shown above.

Out in the atmosphere, patches of sun-warmed ground can act as enormous radiators that set the air rising. These convection currents are known as thermals, and produce fair-weather Cumulus clouds. But convection can also produce clouds when the Sun is not shining. This happens when a huge region of colder air from the poles collides with a region of warmer air from the tropics. When this happens, some of the colder air can ride up over the warmer. The result is in an unstable region of the atmosphere that produces large convection clouds. The less dense, warmer air below rises rapidly through the denser, cooler air above. And whenever air rises like this it cools. This means that some of the invisible water vapour it contains can condense into droplets that appear as cloud.

Since they tend to form rapidly in the rising columns of air, convection clouds are ‘optically dense’. They contain a lot of very small droplets, the surfaces of which scatter the sunlight more than in clouds made of fewer, larger droplets or ice crystals. For this reason, convection clouds often look bright white on the sides facing the Sun and dark grey on the sides away from it.