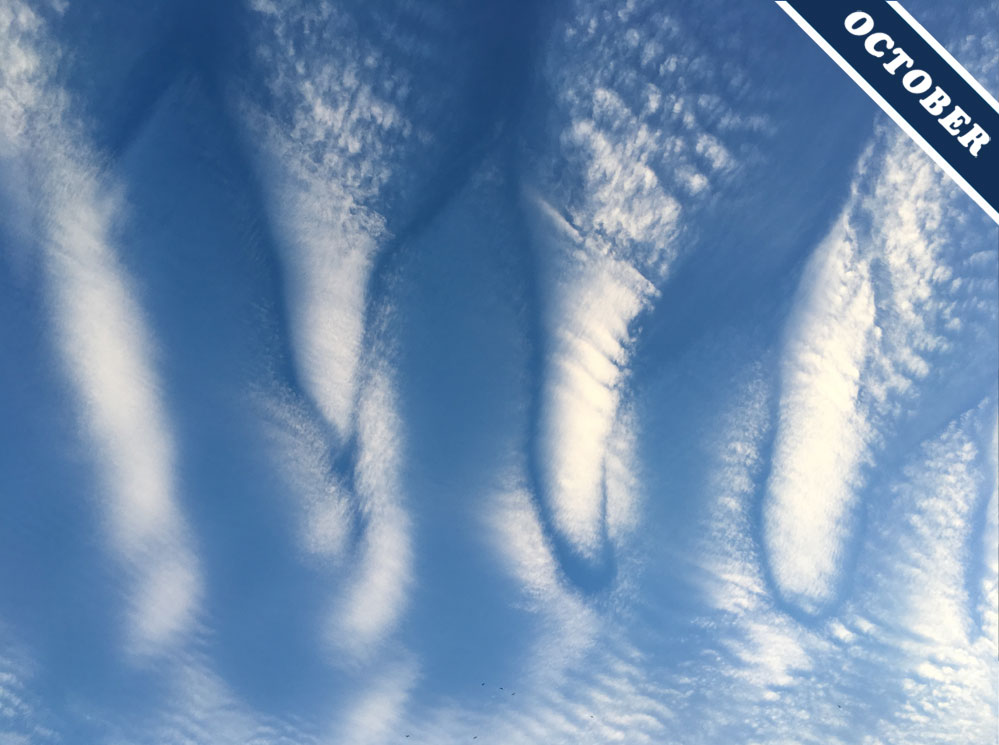 Our atmosphere is like an ocean. Not an ocean of water, of course – although water is present within it – but an ocean of that far more capricious fluid, air.

And waves pass through the ocean of air just as they do through those of water below. Most of the time, the wavelike movements in our atmosphere are invisible. They roll unnoticed along the boundaries between differing air masses, where denser, cooler air sits below warmer, less-dense air. They develop in the shearing flow of winds, indiscernible ranks of rising and sinking air that can form when wind speeds increase abruptly with altitude. And they lurk downwind of mountain ranges where stable air flows sweep into crests and troughs as they regain equilibrium, hovering unseen in the lee of the rocky peaks.

Unseen, that is, unless clouds are present. For clouds render visible the movements of the air. Down here in the deepest depths of the atmospheric ocean is the ‘troposphere’, named after the Greek word for turning or mixing, where 99% of the atmosphere’s water is to be found. This is where weather happens, where the slightest shifts in temperature due to the air’s rise can be enough to change water from a gas into droplets or crystals; from invisible to visible. It is how the overlapping, intersecting waves caused by the churn of the troposphere are, on some occasions, revealed. Rows of cloud show where the air rises and cools, rows of clearer sky where it sinks and warms. One such occasion was this October day over Moray, Scotland. The Cirrocumulus clouds photographed by Melyssa Wright revealed wave upon wave, undulation upon undulation. Each one rendered visible by the clouds, reminding us of the hidden ocean that we inhabit.