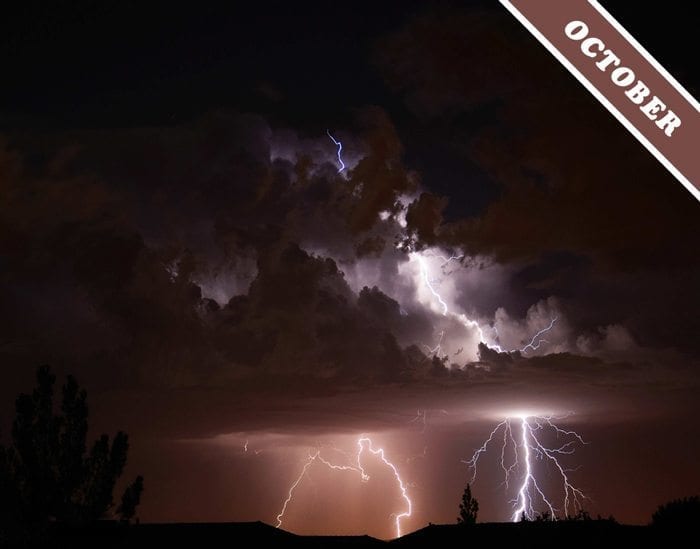 A Storm over Utah

Lightning can take many different paths as the enormous electrical charges that build up within Cumulonimbus storm clouds suddenly redistribute themselves. Sometimes, the bolt travels from the cloud to the ground. At other times, it goes within the cloud from one charged region to another. Lightning can also strike between two clouds and even upwards from the top of a cloud into the atmosphere above. The dramatic Cumulonimbus that we have chosen as Cloud of the Month for October, and which was photographed over Utah, US, by Geoff Horner, seems to be letting rip in all directions at once.