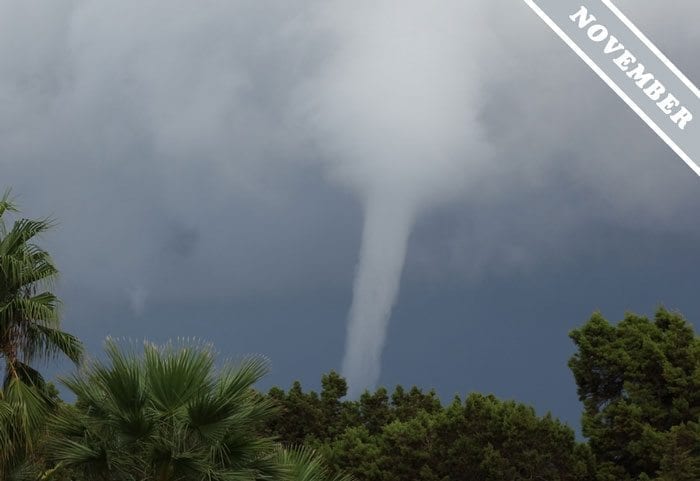 November’s Cloud of the Month features the cloud feature known as a tuba. This finger of cloud forms within the rotating air below a Cumulonimbus storm cloud. When it reaches the ground it is known as a landspout or, if it has below a large-scale storm system, a tornado. When the surface below is water, as was the case for this one near the island of Ibiza, it is known as a waterspout. And it is these that are the likely explanation for unusual events dating back thousands of years.

The powerful updrafts within the core of a waterspout can suck up water from the surface into the storm cloud above. If a shoal of fish is swimming near the surface they too can be dragged up and carried some distance until the cloud releases its load and rains fish.

There have been many reports of fish falls over the centuries – as far back as the first century AD, when the Roman natural philosopher Pliney the Elder mentioned storms of fish and frogs. In 1864, a Quebec farmer found a frog inside a hailstone and in 1930 an 8-inch turtle fell during a storm over Mississippi.