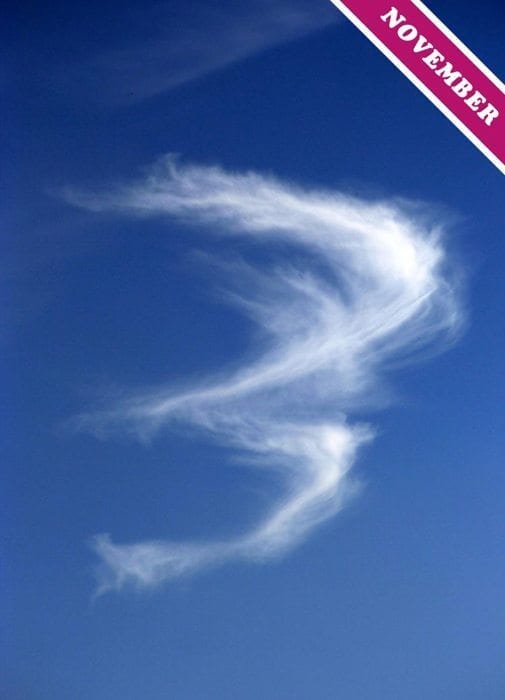 In fact, number three is the most common. We’ve also had threes in from Palm Desert, California, Uppsala, Sweden, Margate, UK. There have been a couple of number twos over Cambridge and Stafford. But only one number one over Mercogliano, Italy, (also photographed by Modestino Carbone, who took the image above). We’ve even had a bunch of zeros, mostly photographs of the same cloud, over Dorset, UK.

But we only ever get low numbers. What’s going on? What about the other digits? Now that the collection is started, we think it’s time we graduated to higher numbers. In fact, we have developed an obsession about completing the set. What about fours? Fives? Someone must have seen a six, a seven… an eight? Most of all, we’re desperate for one of our members to capture the elusive cloud nine.

So please do send us your cloud digits – all will be gratefully received.
Except for threes. We are not interested in is any more of those.