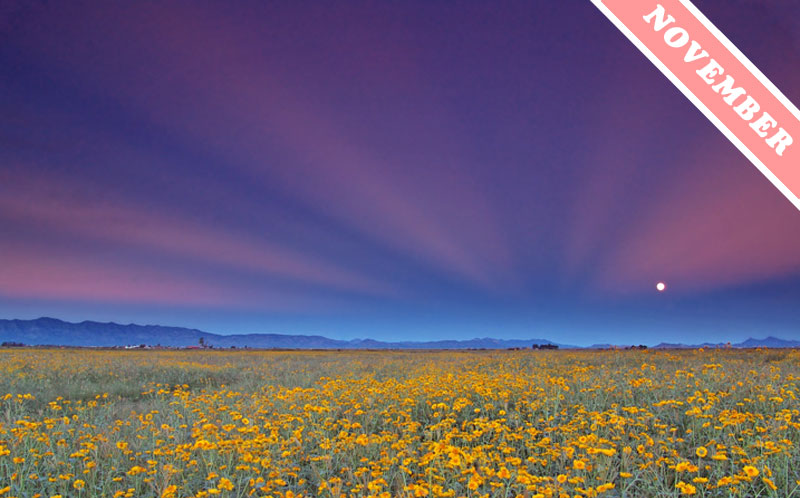 Whilst they may not know the name, most cloudspotters will have noticed ‘crepuscular rays’. These are the radiating beams of sunlight that appear to burst from behind a Cumulus cloud, or shine down through a hole in a Stratocumulus (e.g. see Angela Cragg’s image in the photo gallery). These appear when the path of sunlight is made visible by atmospheric water droplets too scarce to appear as cloud, but plentiful enough to noticeably scatter the light. The shadows of the clouds give edges to the sunbeams. The perspective, as the rays approach, makes them appear to radiate outwards. Crepuscular rays are a common and beautiful sight.

Much more rare are ‘anti-crepuscular rays’, like the fine example shown above. These appear to emanate not from the sun, but from the point on the horizon directly opposite it. Cloudspotters will, therefore, only see anti-crepuscular rays when they stand with the sun directly behind them. The shadows of individual clouds behind the cloudspotter are cast onto the cloud layer in front. In the photo above, this is a high layer of ice crystals, called a Cirrostratus. As the shadows and rays recede to the horizon, perspective makes them appear to converge at the point opposite the sun even though they are in fact parallel.