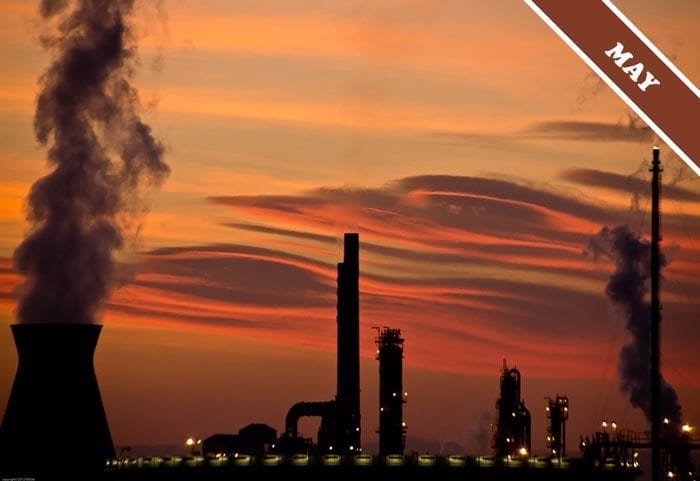 This dramatic lenticularis cloud formation at sunset over Grangemouth, Scotland, looks like a Sci-Fi poster. The disc shaped forms, hovering over the region’s oil refinery, are caused by winds being forced to rise to pass over the Scottish Highlands and developing a wave-like path in the lee of the mountain peaks. The saucer clouds appear at the crests of these invisible waves of air. Either that, or this is in fact a fleet of spacecraft refuelling before setting off on an assault in some far flung galaxy. You can decide.