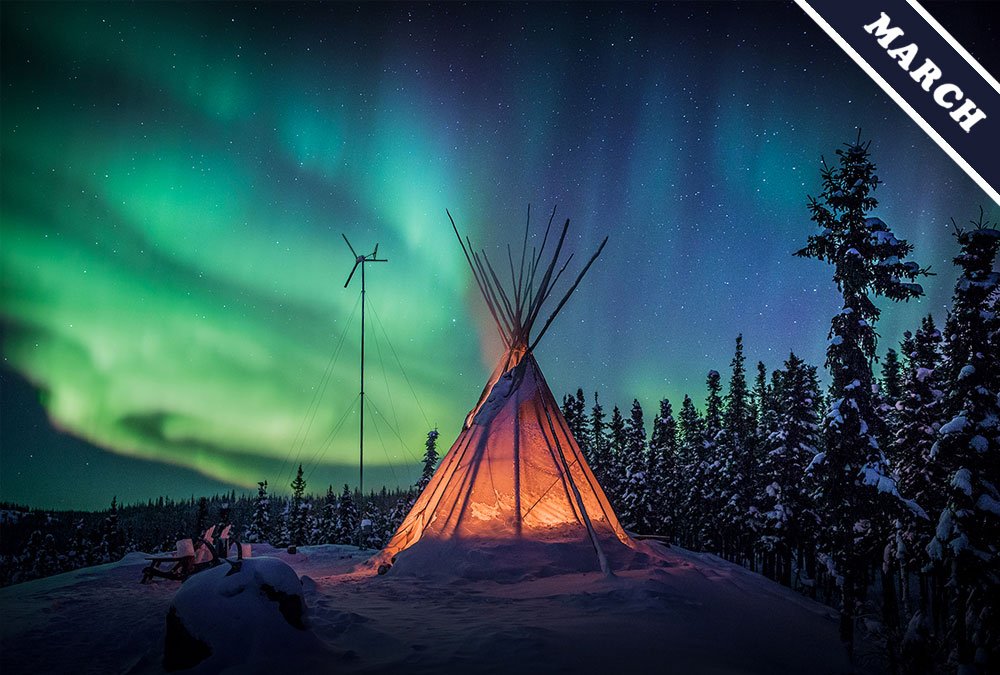 AURORA BOREALIS, WITH A LITTLE HELP FROM THE CLOUDS

It is not often that we at the Cloud Appreciation Society wish the clouds away. We appreciate more than most the futility of hoping to control the vast, boundless chaos of our atmosphere. But we were rather pleased, last week, when the clouds did part during the first Cloud Appreciation Society Sky Holiday to the Northwest Territories of Canada. They allowed us an unimpeded view to the upper reaches of our atmosphere so that we could enjoy amazing displays of the Northern Lights. The greens and reds and purples of the aurora borealis were in full force, as you can see from this image by the one professional photographer amongst us: the great Hamilton Lund (Member 23,173) from Sydney, Australia.

The aurora is powered by the energy reaching our atmosphere in the ‘solar wind’ of charged particles from the Sun’s corona. During times of ‘coronal mass ejection’, this wind of electrons whips up to storm force. This energy is drawn down the Earth’s magnetic field lines and into our atmosphere most intensely in rings, known as the ‘auroral ovals’, centred around the magnetic poles. Here, oxygen and nitrogen atoms in the upper atmosphere are excited into a state of plasma, which causes them to emit shifting bands of coloured lights.

None of us on the trip expected the lights to dance as much as they did. At times, they rippled and swirled across the sky as we watched. Dr Melanie Windridge, the aurora expert we brought with us, explained that the solar wind has the effect of drawing out Earth’s magnetic field like an invisible windsock on the night side of the planet. When the wind is intense, this invisible magnetic field stretches further out ‘downwind’ of the Sun until the field lines eventually snap back towards us. This ‘magnetic reconnection’ accelerates the charged particles of the solar wind into our atmosphere with the greatest intensity, causing the lights to dance and wave most actively.

It turns out we were rather spoilt. The lights we saw on our first night were, Dr Windridge told us, the best she had seen ever – she has travelled the world to study them – and they just got better from them on. Clearly, our years of appreciating the clouds and embracing their glorious, ungovernable chaos paid off. The clouds knew what to do when it mattered.

Katharine Towers, poet in residence at the Cloud Appreciation Society, has written a poem inspired by the Cloud of the Month for March. Here she introduces it:

I’m thinking of my father as a child, how he
took it all to heart and once upon a time
sat up for nights to look for the aurora.

Long ago we crouched together on a heath,
watching for a bird he thought we’d always hold
in memory, but all we saw were common larks.

Magnetic midnight, his picture book had said.
He told me that he’d waited for the goddess dawn –
that boy he was dreaming, with his eyes open.