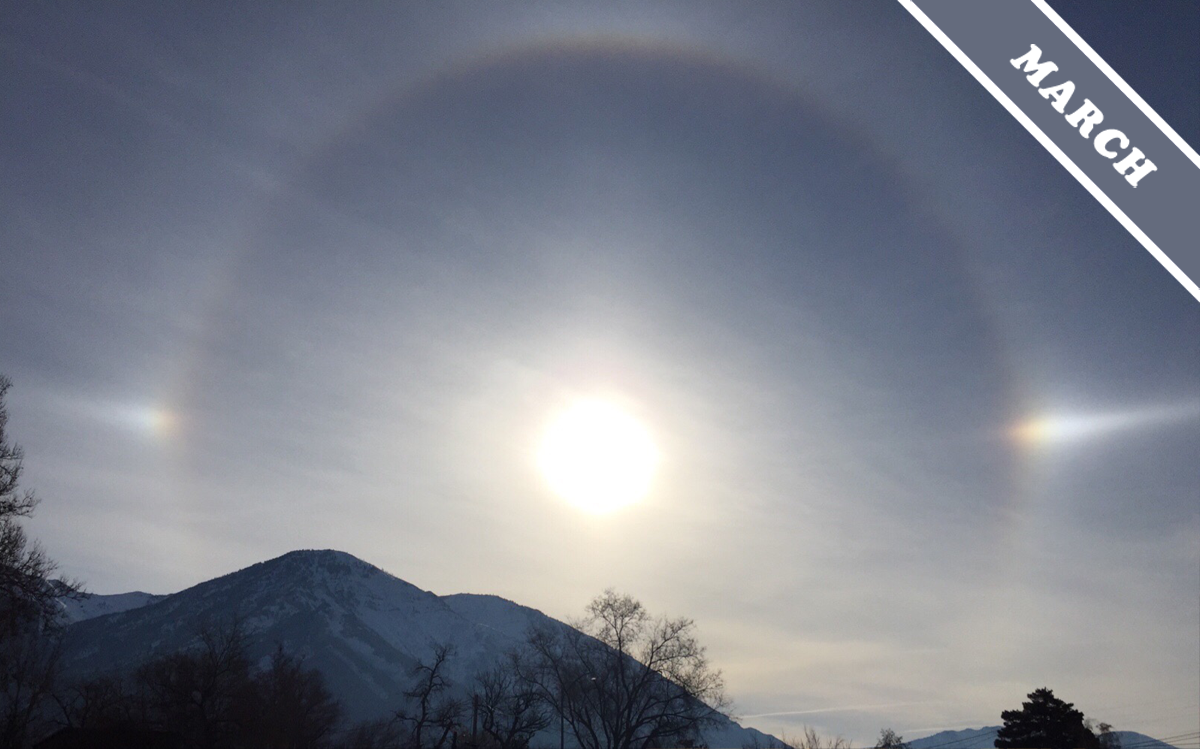 When the sky is covered in a high layer of ice crystals, known as a Cirrostratus cloud, there is always a possibility for dramatic halo phenomena to appear. These are the beautiful arcs, rings and spots of light that can result from the Sun’s rays bouncing off and through ice crystals. The large ring around the Sun captured in Jerry Craner’s photograph over Provo, Utah, US, is known as a 22-degree halo and the bright spots on either side are called parhelia, or sun dogs.

Light effects like these aren’t produced by any old ice crystals. The cloud needs to contain crystals that have formed slowly. This makes them more likely to be optically pure, letting the light shine through like tiny prisms of glass. Slow-formed crystals are also more likely to develop into regular geometric shapes. Both factors are important for 22-degree halos and sun dogs to appear. The crystals need to be shaped like hexagonal plates or columns that bend the sunlight as it passes through.

The brightness at any point in the halo or sun dog results from the collective sparkles of the light passing though millions of individual crystals. Each is perhaps just a thousandth of a millimetre across, and each might only flash a glint of light towards you for a moment, thereby making its contribution to the glorious display, as it tumbles down through the upper reaches of the troposphere.