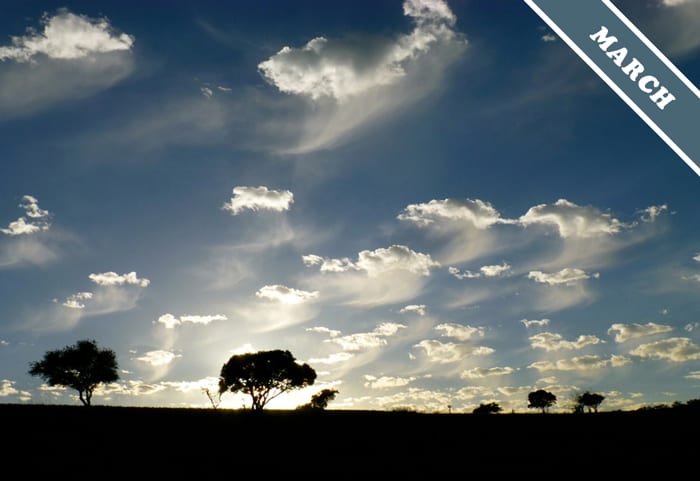 No Sting in These Tails

Formations like these over Warwick, southeast Queensland, Australia are often described as ‘jellyfish clouds’ on account of the tendrils that dangle below them. They make the clumps of Altocumulus cloud resemble a whole shoal of floating stingers.

Such trails of visible moisture are more officially known as ‘virga’. The name derives from the Latin for a twig, branch or streak. Virga consist of ice crystals or water droplets precipitating from a cloud, but they differ from normal precipitation in one essential regard: the snow or rain never reaches the ground. It evaporates away in the warmer, drier air beneath the cloud, returning to invisible atmospheric vapour before every reaching terra firma.