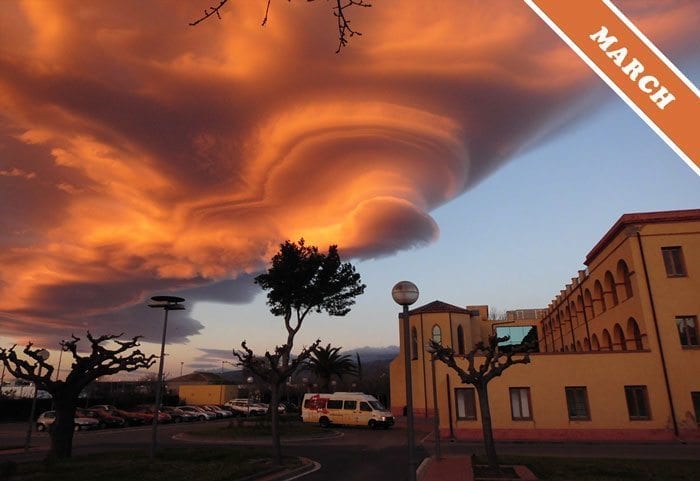 The Mother of all Lenticularis

This month’s cloud, spotted by Marc Puigdomenech over Tortosa, Catalonia, Spain, is a huge Altocumulus cloud of the species known as ‘lenticularis’. The name comes from the Latin for a lentil, but the other-worldly appearance makes it look more like a UFO from some distant galaxy. As Marc took the photograph at sunrise, most people were probably slumbering as it hovered overhead. Luckily for us, a cloudspotter was up early enough to capture the moment this particular mothership made an appearance over southern Spain.