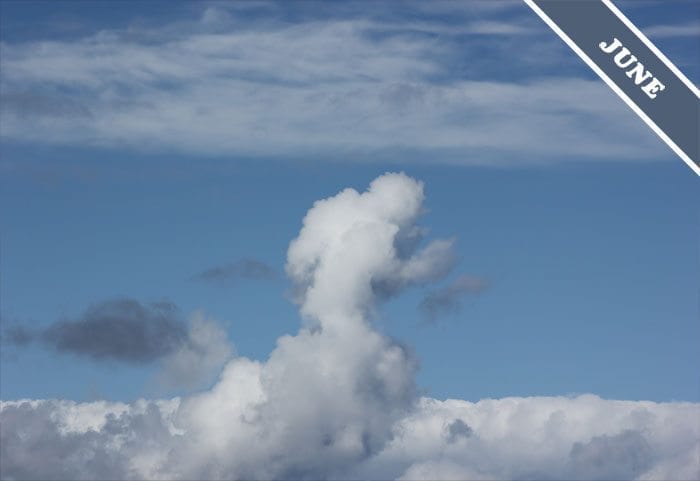 This month’s choice is taken from one of our favourite parts of the Cloud Appreciation Society photography gallery, the Clouds That Look Like Things section. The Cumulus cloud, photographed by Phil Holmes over John-O-Groats, Scotland, the most northern settlement in Britain, has risen in a tower shaped like a Marathon runner. Presumably the runner is setting off on an ambitious fundraiser to Britain’s most southern point, Lands End in Cornwall.