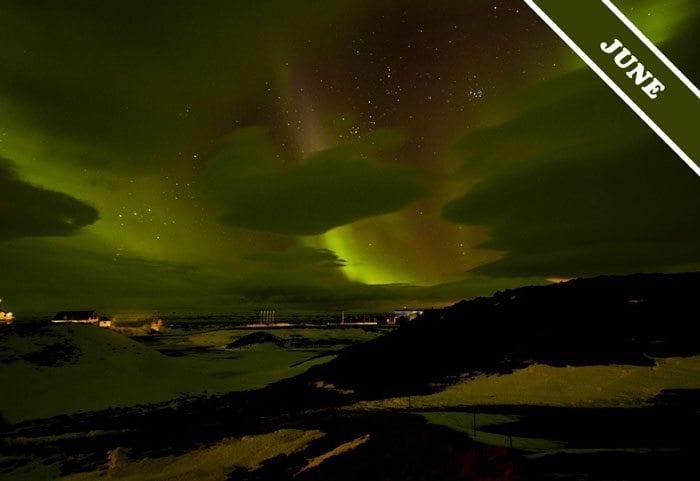 This month’s image is the notoriously elusive Aurora Borealis, also described as The Northern Lights. Photographer, Norman Shulman, was very fortunate in spotting this enchanting display over Myvatn, in N.E. Iceland. The natural light show in the sky occurs at its most spectacular over Arctic and Antarctic regions and is caused by the collision of energetic charged particles with atoms in the earth’s high altitude atmosphere. The particles originate from solar storms are carried on solar winds before being lured to our atmosphere by the Earth’s magnetic field. And in the foreground? None other than our beloved Altocumulus lenticularis clouds, of course.