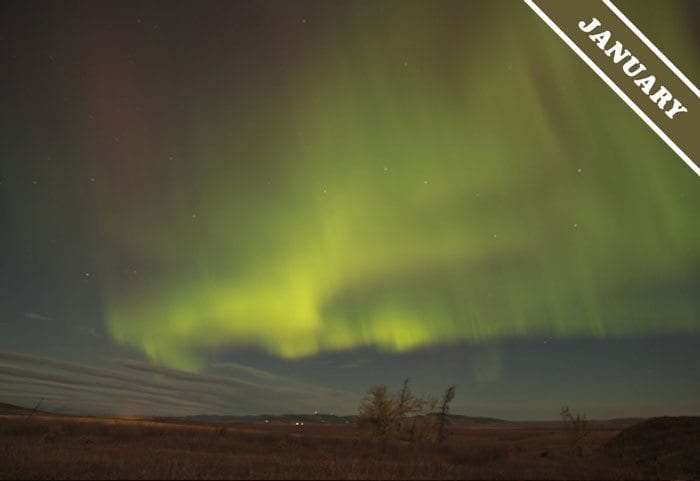 Is this some strange luminescent green form of cloud? Well, yes and no. The aurora borealis, also known as The Northern Lights, spotted here over Cochrane, Alberta, Canada, by Smokey Seidel, is the elusive and spectacular light show that results from solar wind buffeting our atmosphere. Eruptions on the Sun, known as solar flares, along with solar storms eject clouds of high-energy charged particles out into space. Some are drawn in by the Earth’s magnetic field, and channeled towards its poles. As the particles rain down into our atmosphere, they interact with the Earth’s thermosphere, and release some of their energy. We see this energy as a shimmering display of greenish light, occasionally with reddish hues. When the display occurs in the Southern Hemisphere, it is known as the aurora australis.

No one could deny the awe-inspiring beauty of an aurora display. But some Cloud Appreciation Society sticklers might insist that wind, rain and clouds of charged particles don’t really belong on a site dedicated to the beauty of water droplets suspended in the atmosphere. We are pleased to draw their attention to the bottom left of Smokey’s image, where they will see the reassuringly meteorological presence of some Altocumulus undulatus clouds.