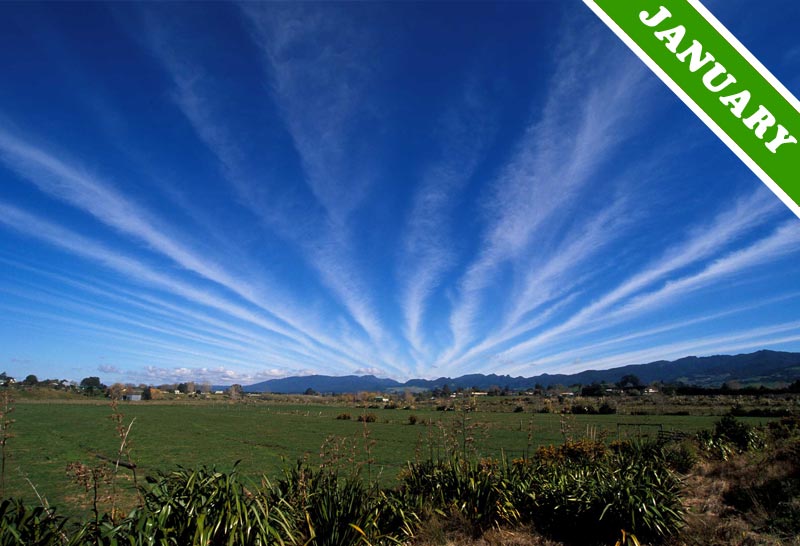 Serpents of the Sky

Cirrus clouds form towards the top of the troposphere*, where the winds are much faster than below. As a result, Cirrus tend to be the fastest moving of all cloud formations.

High-level winds can reach speeds of up to 180mph (300km/h) in the strong westerly air currents known as ‘jet streams’. These are winding flows of air that encircle the globe at altitudes of 30,000 to 35,000 feet, developing from the temperature and pressure differences between polar and tropical air masses, and whipped-up by the Earth’s spin. Cirrus clouds forming along the path of jet streams – such as in the dramatic example shown above over Katikati, New Zealand – are generally known as ‘jet-stream cirrus’.

The paths of jet streams are in constant flux, as they wind and bend their way around the globe like enormous, invisible serpents. These snakes of the sky play a crucial role in the weather of temperate regions, for they strengthen and steer storm systems in an eastward direction around the globe. Most people never know that a jet stream serpent is passing over them – unless, that is, the silky streaks of jet-stream Cirrus have decided to render it visible to the keen eyed cloudspotter.

(* This is the lower region of the atmosphere where almost all clouds form.)